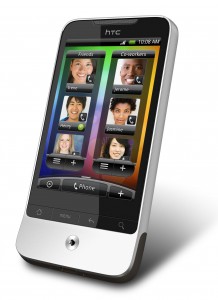 One of our readers was today told by an Optus store manager that the HTC Legend would be coming to them in early July. This validates previous reports that Optus was testing the Legend.

This would see the HTC Legend across three of the 4 major Telcos: Three, Vodafone & Optus. Good to see Android Devices starting to make an impact here!

UPDATE: VHA has a 3 month exclusivity deal with HTC on the Legend, meaning Optus can’t possibly release it until at least mid August. Maybe someone forgot to inform Optus about this?

YouTube Shorts will be monetised from early next year

Alright, thanks so much for your help.

Okay thanks for that. Sorry to be a pain, but do you know when they will release any news on it or how i could find out anything? thanks

Your best hope is going into an Optus shop and seeing if they can tell you anything about it. My contact at Optus said people have been trained to use it, so most likely it will come soon.

I am very eager to know for sure whether the HTC Legend has been confirmed by Optus yet? Any help will be greatly appreciated.

No word on it yet mate. Have to wait to hear some news from Optus.

I was just in Optus yesterday and they said to me mid July at the latest? when did this 3 months start?

You said in a early post it was VHA 3 month exclusive. What happened to that?

Thanks for pointing this out Brent, It’s strange that they have said (on multiple occasions) that they are going to get the Legend in July. Maybe they haven’t been informed about VHA’s exclusivity. I’ll add this to the post now.