Many of us were enamoured with the first iteration of Plants v Zombies playing it for many fun, albeit frustrating hours on end sometimes. The developers of PvZ promised a new and improved PvZ2 using the freemium model for monetisation  leading to quite a bit of hype, not all of it positive, surrounding it’s release. It was released for iOS in August of this year with a slow roll out, beginning with Australasia followed by the rest of the world.  The reason given for this timed, gradual release was to test whether the Popcap servers could handle the load of so many users at once.  A source at Electronic Arts told us that “at this point of time, the Android version is still slated as coming soon”. 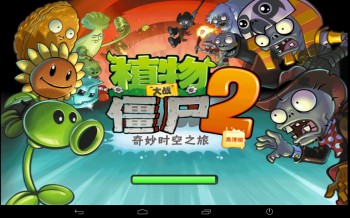 It appears that the time is now.  Well, if you live in China it is now.  Overnight Popcap released PvZ2 to the Chinese Baidu Android store and announced it on their blog stating that:

We know that everyone wants to play Plants vs. Zombies 2 as soon as possible. We want the same thing and we haven’t forgotten about you. If you are an Android user and you don’t live in China, the zombies will be coming for your brains later this fall, no matter where you are. It’s about time!

Electronic Arts have told us that they are “still working on cementing a release date for PVZ2 on Google Play” but will let us know when they have a date they can share.  As to why China was first they are unsure but we are assuming it was for the same reason why Australasia was first for iOS, although it seems strange to test server capabilities on a population as big as China.

If you can’t wait for it to make it to the rest of the world you can download it from the Baidu store here.  A word of warning, this is an official release from an official store but it does not offer the protection that a download from the Google Play Store does.

In the interests of investigation though, I have installed the APK. Once the APK was installed I went into the settings of my device and using the App Privacy section of my custom rom on my Nexus 7 2013 and removed the game’s ability to send SMS/MMS, read the call log, and read contacts.  I have not heard of any issues with people using this app but buyer beware.

The game is in mandarin but the gameplay is the same.  I have played through a fair bit of it already, without having to purchase anything extra nor spend any money at all.  This, as the reviews stated about the iOS version, seems to be freemium done well.  You can spend money to make the game a bit easier but you can still experience and finish the whole game without buying anything.  Personally I despise the freemium model and would prefer to pay a few dollars up front but the gaming developers have decided and have shown that this way they can make more money per game.  To me it seems that too often developers make the game impossible unless you continually purchase upgrades or coins.  They got nothing from me but I suppose others may buy more.

All in all Plants v Zombies 2 is available for those who can’t wait and although you may not get the entire experience unless you speak Mandarin it is worth the download.  For those who would prefer the safety of the Google Play store or the full experience of an English version it will be here in the next couple of months.