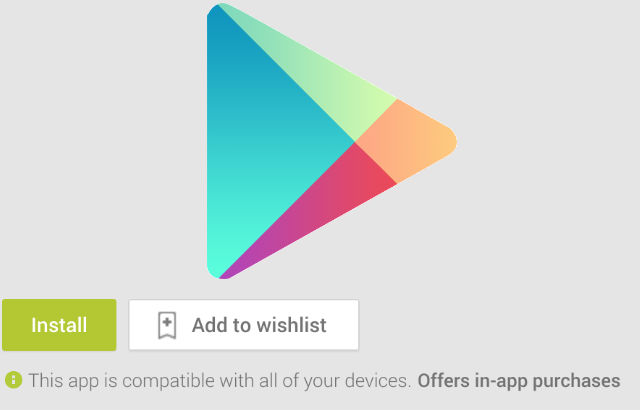 Google has responded to the European Commission over concerns raised by parents surrounding In-App Purchases (IAP) included with an increasing number of games for their platforms – namely Android. The commission asked both Apple and Google to implement changes to the way they sell apps which include IAP in their games. The changes asked for include not misleading customers about ‘Free’ games, as well as not ‘directly exhorting’ children to buy in-game items, and thoroughly informing customers about payment arrangements and forcing game makers to provide contact information – a step to help facilitate communications between customers and developers over IAP.

From the end of September, Google will begin to implement their changes. The changes begin with removing the word ‘Free’ from apps which include IAP. Google will also come up with guidelines to ensure that children will not be encouraged to buy in-game items, as well as bringing in measures – not laid out at this time – on how to monitor this behaviour.

Google has recently brought about changes to Google Play in the way it utilises protection of payment methods. Namely giving users control on how purchases are made, previously once the password was entered into Google Play to complete a purchase, the window for future purchases remained open for half-an-hour; allowing children to run rampant during that time-frame making purchases if parents were unaware of the window. This has now changed to allow users to request the password every time a purchase in a game is requested.

Apple themselves will also move to make changes to the way iTunes sells the same games, but have also not laid out a complete plan on how this will be implemented, but rest assured they will be compliant with the EU request soon.

IAP is a massively popular way for developers to monetise their apps, having a game free up-front allows for more people to try the game and have the choice to purchase in-game items such as currency, or get rid of timers. Children don’t have either the nouse or awareness on how purchasing in-game items affects real-world purchases so it’s good to see both companies responding to this problem.

There’s a simple naming solve that can be carried out for games. Change the price description of games which are free to install and start playing, which use IAP to play, from ‘free’ to ‘Pay To Play’.

The issue of is that the wording “pay to play” is not even remotely accurate in the majority of cases. Most games are free, you are just paying for optional items that extend the game or make it easier. I don’t have a problem with these games being labeled free. It just needs to be made clear that the app includes IAP. Most mobile phone users for some reason are under the impression software should be free, and if it’s not you’re being scammed. After all what’s the difference between $0.00 and $2.00? The devs might as well just make… Read more »

The reason for my hope for the term ‘Pay To Play’ to be used for games, is due to game devs who design addictive entertainment gaming, which is almost impossible to have a hope of completing, without the necessity of the gamer using IAP.
It has nothing to do at all with thinking mobile gaming and apps should be no cost. I have no problems at all with buying a games or apps.

There are a lot of “freemium” games that are absolutely playable without needing to pay.

Perhaps the term “pay to play” is not a good one but Jeni’s premise is solid. A third category perhaps simply called IAPIAP in addition to free or paid.

The ability for parent’s to disallow children access to this category would be an ideal step also. Children do not care about the real world effects of IAP and parents have been burnt. Parents I know and myself as an app purchaser are happy to pay a few buck for a game then IAP. Or be advertised to.

I already see something similar and I’m in Australia. No mention of free anywhere in my Play Store.

Parents need to learn to take responsibility for their kids actions rather than try to pass the blame into someone else.