While we covered the high points in our post last week, we wanted to show what the Commonwealth Bank had to say on the addition, and we also took the opportunity to ask about Credit Card support – a feature which a number of people would love to see happen.

As we all know, Tap & Pay is made possible due to Host Card Emulation, which Google introduced in Android 4.4 (KitKat) which allows for the NFC chip in the phone to be used, without the requirement to host sensitive data in the Secure Element within the card.

The CommBank Tap & Pay solution is powered by Mastercard, with Andrew Cartwright, SVP & Country Manager, MasterCard Australia saying that ’60 per cent of MasterCard transactions under $100′ are now made using the contactless Tap & Pay method.

So, you can now use Tap & Pay with debit cards on devices running the CommBank App on Android 4.4 and above. But what about Credit Cards? We asked the Commonwealth bank about this and they advised they are still considering Credit Cards ‘for their future product road map in conjunction with consumer demand’. In other words: Request it often and loudly and it will happen. 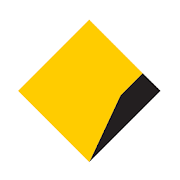 Used this yesterday at Bunnings. It worked.

I see this as a backup at best. I had to turn on NFC, open the app, key my pin in, then tap and pay. Very cumbersome and not more streamlined than paying by traditional card or cash. Card based tap and pay is far easier.

People in line would get annoyed at the time you take if it was busy.

I don’t quite understand… I have a Nexus 4 and when I open the CBA app and go to Tap & Pay, it tells me I need to order the CBA tag. Is there a way to get around this?

Does this work on rooted phones, i’m sick of waiting for optus note2 updates

I opened a CBA account last week after reading about the launch. Haven’t actually used the tap and pay yet but I will before the weekend is out!

I’ve been with ANZ for 10 years and they have been promising tap & pay for about 2 years but when I asked them about it recently, they didn’t even respond. Made the decision easier anyhow.

“The Commonwealth Bank is the first of the ‘Big 4′ banks in Australia to offer Tap & Pay, and at this stage we’ve not heard anything back from the other banks” … what is the Westpac NFC option that has been around for a couple of years?

Serious Question – Am I missing something as to how this is different other than not applicable to Credit Cards? I’ve been paying with my S4 and S5 for a year atleast now …

It’s More that it’s Tap & Pay for everyone, not just if you purchased a Samsung device. That could admittedly be a little clearer

Will
Reply to  Tim

It uses software based security (host card emulation) compared to the hardware based secure element in Samsung devices. Which has effectively been made obsolete.

i used it at maccas yesterday … seamless process to setup and worked like a charm !!! … soo happy i didn’t purchase that NFC strip for $3.99

Although tap and pay on mobiles have been around for a while, This is great!

This seems to be supported on many more devices than just samsung. This marks a new begining in the mobile payments world!

You’re buying products from an overseas arm of Google. That’s completely legal and benefits them in regards to tax.
I also maximise my taxable income legally. Because I am not a charity.

I know a local company that was trying to break into the UK education sectore. Was getting nothing. set up a .co.uk website and started charging in pounds and are now doing very well. They are obviously tax dodging now.

Did you not hear about the investigation by the ATO ?
My N4 had a GST amount but was processed overseas, I contacted the ATO about this and they said that this was wrong and were investigating.

They no longer charge GST in a purchase….

I’d love a source on that investigation and any outcome.

From what I understand, they used to charge a GST but no longer do. Just because the head office may be in Singapore doesn’t mean the rest of it is. However being processed over there is a bit strange.

CBA does have an int’l transaction fee, which is usually microscopic (and insignificant). Google purchases don’t (usually) attract them IIRC, because they’re processed in Australia… though I’d have to go back over a statement to verify that.

Google transactions are processed in Singapore or Ireland and on ANZ have always attracted an overseas transaction fee even though they are done in AU dollars.
Buying an N6 will attract nearly a $18 fee on most credit cards.
With the nexus 5 this was less than $10 so I didn’t mind but with the more expensive products this means you are not purchasing for the advertised AU price you also have to factor in charges.

I have a CommBank Mastercard debit/credit and I’ve never been charged international transaction fees on Google purchases.

Excellent, that sounds good. Thanks. I know on ANZ and ING I always had an OS transaction fee

ABOUT US
Ausdroid is an award-winning source of Australian technology news, focusing on smartphones, mobile devices, accessories, personal computing and more. You can also find Ausdroid's staff on TV, radio and in print.
FOLLOW US
© 2010 - 2020 - Ausdroid Media Pty Ltd, ABN 93 162 673 789
wpDiscuz
22
0
Would love your thoughts, please comment.x
()
x
| Reply
You are going to send email to
Move Comment