Home (Legacy - Do not use) Design Huawei P8 Lite — Review 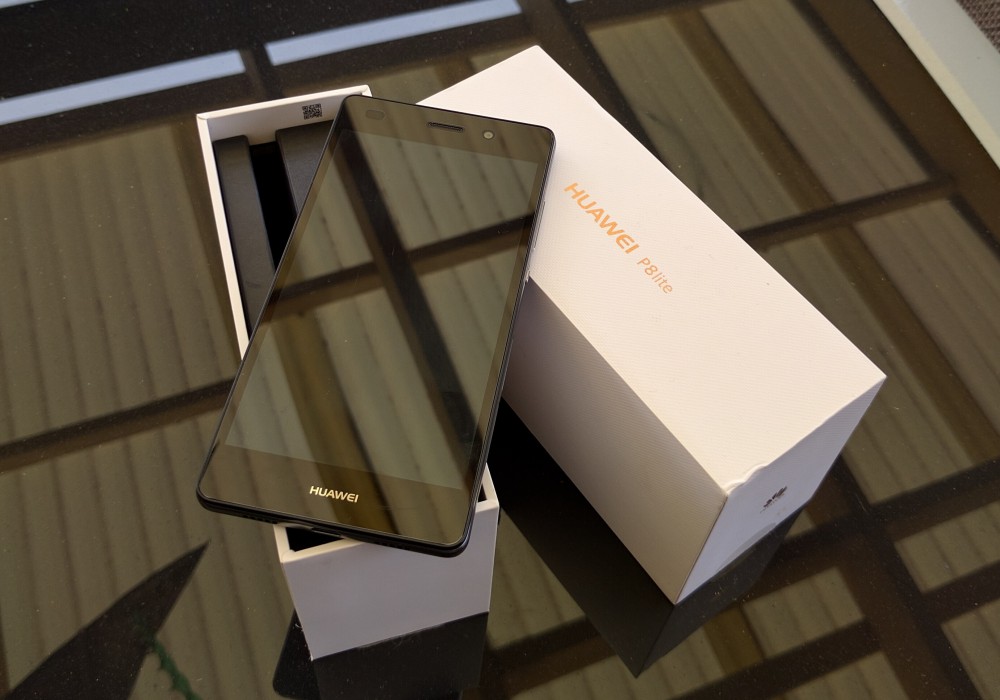 For example, everyone has a friend or a relative (read father/mother/grandmother here) who is either technologically challenged or doesn’t care about how good/fast/pretty their phone is. It is these people that we often forget to cater for, and it’s these people that we with some technical sense need to look after.

A couple of weeks ago I received a Huawei P8 Lite and thought I’d do a little write up on it. Read on to see if this phone is right for you or someone you know.

In a world where Google and Huawei have released a device with Android 6.0.1 pre-installed it is disappointing to see Android 5.0 on the P8 Lite. There were a lot of quality improvement changes from 5.0 to 6.0.1 so we would hope that Huawei are working on updating their devices ASAP – though it didn’t make the list of devices announced by Huawei which they intended to update to Marshmallow. Whether this lower-end Huawei device will ever see an update is unknown and is risk you take yourself if you purchase this phone. Huawei do not have the best record of updating their phones just yet, let alone one this far down their list.

If Huawei want to continue their upsurge in the hearts and minds of consumers, they need to make updating devices a priority.

Huawei do not build their software for us Australians. Their main market is the Asian (in particular Chinese) market where it seems that users prefer their software to look a certain way and behave a certain way. Huawei’s skin is called EMUI (Emotion UI) and has not changed much since last year when I reviewed the Huawei Ascend Mate 7. That is not a good thing. Ultimately the UI is not intuitive for me as I am used to a Nexus device and do actually prefer the way Google set up their software.

For a detailed review on EMUI see Dan’s more recent review on the Huawei P8.

I have to agree with him on pretty much everything he wrote. EMUI is ugly, bland and very meh. There are a few value-added pieces of software Huawei have included including the double tap to wake, the drawing of a letter on the display while it is off to launch a specific app, and I do like the way they put the time next to the notifications in the notification drawer. This is all they need. They do not need to try and include the whole EMUI experience in my opinion. Their value-added software seems useful and no gimmicky unlike some other manufacturers. Keep the rest of it simple, people will love them for it (well, I will anyway).

I am not sure if Dan touched on this but it is a big bug-bear of mine. The launcher. Very few manufacturers make a decent launcher. Huawei are no exception. It is better than the buggy version I used on the Ascend Mate 7 but it is bereft of many options included in every single open-source third party launcher out there. I still don’t understand why manufacturers don’t just fork one of these open source launchers and build their own. Or pay someone to do it, obviously they already pay someone to hobble the launcher in their own factory. Why not pay for one (eg. Huawei have a Huawei version of Swype keyboard, why not a Huawei version of Nova Launcher etc) or build a decent one yourself?

Huawei include the same bundled apps on the P8 Lite that they do on the P8, minus the NFC tag writer app for obvious reasons (there is no NFC capabilities within the P8 Lite.

Huawei don’t do their own keyboard. They use a Swype version made specifically made for them by Nuance Communications Inc. I commend this decision but this decision continues to boggle my mind why they don’t do it for their launcher.

Huawei have included an offer with the P8 Lite which I congratulate them for. If you crack or shatter the screen of your P8 Lite, Huawei will replace the screen for free (terms and conditions apply- only 1 screen is available and only in the first year after purchase). For the clumsy people out there or just the plain unlucky this is a great idea, something I wish all manufacturers did. This offer is valid for Huawei P8 Lite’s purchased in Australia and more information can be found on the Huawei website.

If you purchase the P8 Lite from Telstra, Huawei will also include their fit band http://consumer.huawei.com/au/wearables/features/huawei-band.htm in the box (limited availability). It may not have the capacity of their top of the line Huawei Watch but it is able to track your activity as well as give you notifications etc from your watch so for it to be included is a nice bonus.

Unfortunately, once again Huawei let down their great hardware with very very average software. When I say average here I mean disappointing. We have seen what happens when we combine Huawei hardware with Google software, the Nexus 6P. The results are phenomenal. Huawei miss the mark on so many levels. I will give it one thing though, even though the software is ugly and confusing (why is there no app drawer?), it does not lag. Replace the launcher with a third party launcher and many of the misgivings from the EMUI are gone. There is still the ugly settings menu but most people don’t visit here very often so using a Nova Launcher or something similar will improve the experience vastly.

The Huawei P8 Lite can be found at Telstra free on a $55 plan or from various stores online for around the $230 mark and at that price it is great value.

If you are after a high end phone with all the bells and whistles then this isn’t the phone for you but if you are after a decent phone that doesn’t break the bank but performs admirably in a day to day situation then give this device a close look.

I’d like to see you guys review phones like the Xiaomi Redmi Note 3 and the LeTV 1S. They can be bought for around $260 shipped from places like Vickmall. The hardware is flagship quality (a high end MediaTek processor, fingerprint scanner, etc), and the UIs are similar to Huawei. I guess you may not get them for free to try though. 😉

I Agree, After seeing the prices of these i feel like i’m wasting money on buying Samsung phones 🙁

The hardware is just as good, if not better. I prefer 5.5″ with a 1080P screen. I don’t want a QHD screen that drains the battery. The Xiaomi Redmi Note 3 has a 4000mAh battery. The downside is the software…the Chinese try to make the interfaces look like iOS as much as they can. It’s tolerable, but I’m hanging out for CM to become available. CM12.1 is available for the Note 2 at least.

” Small form factor” how can this be both Pro and Con O_o
If u call 5″ as Small what will u call the compact phones like Z3 compact and S5 mini…..Tiny ;p

I’m inclined to agree – you can’t call it a pro and a con, just acknowledge the screen size is smaller than the flagships if it isn’t clearly one or the other. I also don’t think 5″ is ‘small’ – I am trying to replace my partner’s nexus 4 with something cheap but still decent that is relatively up-to-date but she has insisted the nexus 4 is too big (it’s 4.7″) and the replacement must be smaller. I thought I might be onto something after the points early in the review about ‘small form factor’ but it’s still 5″. That… Read more »