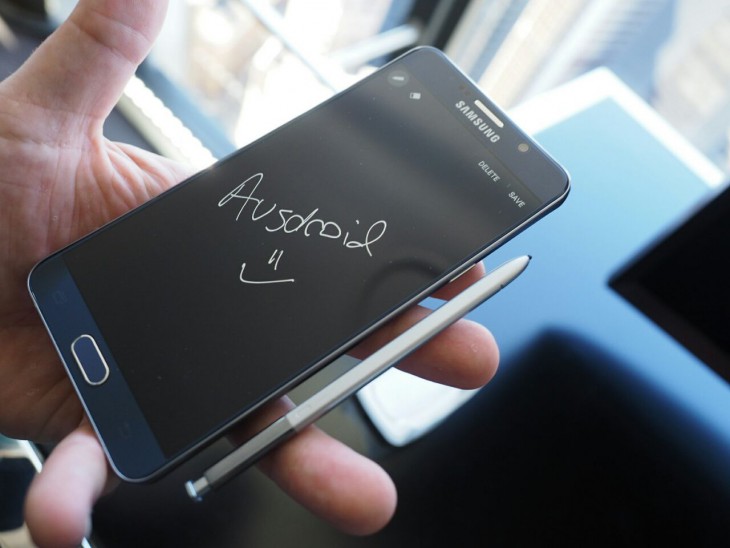 Samsung’s launch of the extremely nice Galaxy Note 5 was marred slightly by the uproar caused when it was found the phones stylus could be inserted back into the phone either way, though inserting it the ‘wrong’ way was causing issues with connecting the stylus. Samsung is happy to report that the issue has now been resolved.

Speaking to Android Central, a Samsung representative told them ‘Samsung can confirm that the Note5 internal S Pen mechanism has been changed to avoid the issue caused by inserting the S Pen incorrectly.’ Though they did go on to state ‘As always, we recommend following proper instructions for storing the S Pen.’ a good recommendation.

Samsung hasn’t said when the change was implemented, so it’s probably a good idea not to start attempting to jam the S Pen into the Note 5 backwards ‘just to check’.

Samsung previously changed packaging on the Note 5 to include directions front and centre on the phones plastic screen protector to advise against inserting the pen in the wrong way – hopefully this brings an end to it. In hindsight, a small hardware design change could have stopped this whole issue before it started and you can bet there will be some sort of nod to this when Samsung launches a Galaxy Note 6 this year.

If you have a Note, we don’t recommend trying this, but it seems it’s now fixed.

Did you ever insert your S Pen backwards?

That’s nice but it should have been recognised and fixed prior to production. Note 1,2, 3 & 4 didn’t have this issue. Pretty big stuff up by Samsung.

“Did you ever insert your S Pen backwards?”…u should have removed the word S Pen ;p