Popular game Stick Tennis Tour is getting a big update today, with version 2.0 of the game hitting both Google Play and the iOS app store.

The update brings about a number of improvements and new features to make the game of tennis even more appealing with the update timed to launch while the Australian Open is running. Heavily influenced by the Stick Sports community, the new v2.0 update features over 40 realistically detailed courts and there’s more players with more than 180 new tour opponents, and each player has their own unique playing style and attributes. This is the biggest update we have ever released. The team has worked tirelessly together with the fans and community to perfect a number of fresh features that we hope sports enthusiasts will enjoy the world over. The Australian Open heralds the start of the Grand Slam tournaments every year so it is fitting that we have chosen this prestigious event to coincide with the launch of the World’s most popular mobile tennis game.

The updated Stick Tennis Tour is available now from Google Play, head over and snag the update and check it out while you watch the Australian Open. 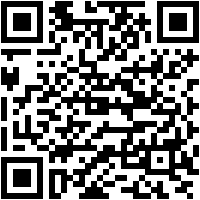