The launch of Android Pay in Australia was overshadowed by the more tangible benefit of Tap & Pay. Android Pay is more than Tap & Pay though, as highlighted by a list of 15 apps announced as launch partners for in-app Android Pay payments. Those apps have now started adding Android Pay into their apps, and you can try it out now if your bank supports Android Pay.

CatchOfTheDay: Online Shopping
CatchOfTheDay has been pretty good about keeping up to date with technology, though slow to the Android game launching their app on Google Play in 2013, they apparently jumped on board Android Pay as a launch partner.

Catch of the Day is famous for their flash sales, which take place three times a day. The app has notifications for the sales, as well as the ability to also browse goods on-sale at all times. Their store stocks a bunch of top brands, and you may find the models are a little older, but their brand selection is top notch.

Their app, which lists July 19th as the latest update date, has been around for some time but according to the ‘What’s New’ section they’re now listing Android Pay as a payment option. A quick install and check of the app shows this is indeed the case, right along side Mastercard, PayPal, MasterPass and Credit Card.

If you want to try out Android Pay in App, then CatchOfTheDay is ready to go. 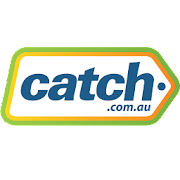 Bountye : Buy & Sell Pre-loved
Bountye is an Australian startup based in Sydney. Started by founder Asim Brown the app allows you to get rid of unwanted items around the place, with the option to donate part of the sale to charity.

The app is pretty decent, with a straight forward interface allowing you to check for items that may interest you to buy, and quickly let you add items you want to sell. An in-app instant messaging system lets you chat directly with sellers to clear up any questions you have before purchasing.

Charities benefitting from the donations include schools/universities, major charities, Churches and hospitals. New charities are encouraged to join up, and have people add items for sale through the community.


The whole process appears simple, select your goods, and as long as you have Android Pay setup on your phone you’re good to go.

If you want to try out Bountye for the idea, or just to use Android Pay you can grab it now from Google Play, the app count is fairly low, but it looks great. 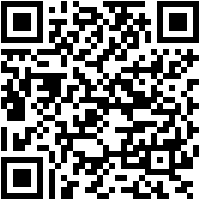 Honourable Mention: EatNow
EatNow was also listed as a launch partner in the Google announcement, and indeed the app says it’s been updated now to include Android Pay support with the ‘What’s New’ section updated and the app updated on the 19th of July just like CatchOfTheDay and Bountye. The problem is there doesn’t seem to actually be an option for Android Pay in there.

Still, they are a launch partner so hopefully they’ll add the option shortly. Grab it from Google Play and keep on checking.

Update:
An update rolling out to Android users this afternoon is bringing EatNow’s Android Pay integration. It’s right there front and centre once you select your meal: 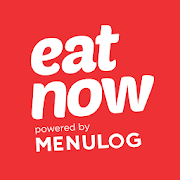 At launch Google listed 15 apps that would support Android Pay as partners for launch here in Australia. Some of those are international partners such as Hotel Tonight and Deliveroo, so Android Pay has been included in these apps previously thanks to the launch in the US and UK. The rest of the apps are reportedly close to launch so if you want to try them out, install them and wait for the update:

Android Pay is going to be a slow race, as Google Senior Director Product Management Pali Bhat said at launch, this is the equivilant to delivering the 1st ball of the first over of a 5-day test match, referring to mobile and contactless payments. We’ll be seeing more of Android Pay in the future.

Have you seen Android Pay in any other Australian apps yet?

Getting more Banks is more important than others

Have you ever sat down and thought: “you know what Google really needs? another messaging …