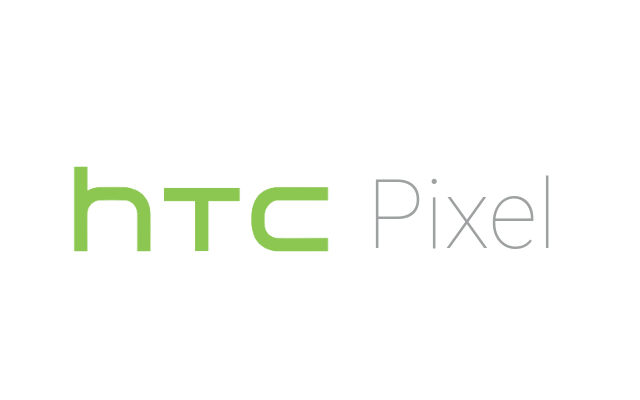 The rumoured Google Pixel phones, said to launch in two sizes – 5″ or 5.5″ – are expected to launch on October 4th. While Google has offered them previously through the Google Store outright, last year we saw wide carrier adoption of both Nexus phones, this trend could continue with Telstra looking at stocking at least one of the Google Pixel phones.

There’s not much information about which of the phones Telstra will offer, though it’s likely the XL model currently known by the codename ‘Marlin’. Just as the Nexus 5X was a Telstra exclusive last year, the phone will also be exclusive to Telstra , with no option to purchase on contract through Optus or Vodafone – but you should still be able to purchase it outright through the Google Store.

Pre-orders for the phone will go live on the 4th of October – the date that is rumoured for Google’s announcement – with the phone going on-sale on October 20th.

From the sounds of things, Telstra is devoting extensive resources to the launch of the phone, with plans to treat the phone as seriously as an iPhone launch – think marketing, hype, the whole 9 yards.

It won’t be cheap though, with early plans looking to launch the phone on their $95 per month plan. The current $95 Go Mobile plan currently includes unlimited standard national calls and text and 6GB of Data – though this could change for the launch of a premier Google Phone.

Telstra does usually offer their handsets on a range of plans though how much you pay in handset repayments per month on a ‘cheaper’ plan could be a deciding factor for people.

The pre-order and launch dates could give us insight into the plans Google has for launching their range of Pixel phones in Australia. An October 4th pre-order followed by an October 20th launch would be earlier than we’ve so far seen for Nexus phones, but at this stage we just want to get our hands on them.

Would you order a new Google Pixel phone from Telstra for $95 per month?

Unfortunately Telstra data plans are poor value for Android users. Optus offer data free streaming on multiple services but Telstra only offer it for Apple Music which is fairly useless for most Android users. Unless Telstra change their plans you are much better off buying the phone outright on Google Play and going to another carrier.

Don’t forget you also get 6 months (or 12 months if you’re on a $95+ plan) of Apple Music free with Telstra though – the Android app isn’t that bad! 🙂

The problem with that is that long term Android users are far more likely to have their music libraries in Google Music. Optus also offer Netflix (and Presto but that won’t be around much longer) streaming data free which is a much more significant bandwidth usage.

Unfortunately the unmetered video streaming (being Netflix and Presto) is only available if you buy your phone from Optus, it’s not available on BYO plans.

So if you really want your unmetered Netflix with Optus on a Pixel, you’re going to have to sign on the dotted line for a phone with Optus, sell the phone, and then BYO Pixel.

Given that I was looking forward to getting a Note7, and the dramas there, I think I’m better off switching to the Pixel XL until the Note8.

i only buy outright on telstra all you have to do is just ask for the outright price and pay it.if pixel has an ip rating i will ditch sony and switch asap

So, there may be some new phones in our systems. They go by the code names Marlin and Sailfish. So Telstra may be offering not one, but two devices…

I unfortunately had to get the Nexus 6P on Optus (but swapped out a Telstra sim), so am happy that I have an awesome device on an awesome carrier. Hoping the XL will be on Telstra, one of the best AOSP devices, and carrier which will be a good combination.

Ahhhh come on Google, get your launch game sorted. An exclusive on what is going to be priciest of the 2 phones isn’t going to get it in as many hands as possible. Just began the return process for my Voda note 7 and plan was to wait and get one of the pixels. But now that I know it’s likely to be a Telstra exclusive might just wait for a new note 7. This is disappointing

Surely they know most people buy a phone on a contract? Surely they know that this phone will only ever be a niche product with an exclusive carrier deal? I know the frequenters of this blog will mostly want to buy outright anyway but I prefer a 2 year contract as I don’t like the thought of paying that much up front. (I know, it’s in my head) I also will never sign up to Telstra. So if it’s the XL that is exclusive, I will be disappointed but will move on with my life, not ever owning one but… Read more »

Interesting that the Play Store is now only selling 32GB alumnium versions of the Nexus 6P. Everything else is unavailable or out of stock. And the 5X is completely out of stock. It would appear that the runout prior to the new models becoming available has already happened.

Can we not with the exclusives?

Have you seen this elsewhere?

The comment is ambiguous, but that could be an interpretation.

Yours would be the correct interpretation.

Have to agree. Carrier exclusives are crapo.

How or why the assumption that it will be the “XL”?

Maybe that should have been in the article ; )

Uh, no. With this sort of article, it would be assumed.

Without it, it just seems like an opinion piece

Probably best we don’t disclose that 🙂

Guessing Google, since I cannot find any info regarding it here at work. Not even from product leads.

I’d planned on the Pixel XL, but looks like I’ll be getting the smaller one through Optus. Since Optus included data-free streaming for music I’m hard pressed to go anywhere else.

The Telstra $95 plan actually now includes 8gb (they’ll throw on another 2gb if you ask nicely to 10gb), unlimited local usage and unlimited international calls to 10 countries. Tbh I just want the phones (both pixel and XL) to be widely available.

If they had exclusively on the 5X then wouldn’t they more likely get it on the smaller pixel? I don’t see why Google would give one carrier their new flagship phone, especially if they’re targeting the general public with their phones now

Unfortunately obtaining the phone through a carrier means you invariably find it pre-loaded with crapware in the root image and you’re beholden to the carrier for firmware updates, which often means significant delays and reduced support periods. If they really treated it like an iPhone and gave me a clean system image and updates direct from Google, I’d have no qualms taking it through Telstra. Until that happens, I’ll be looking to buy straight from Google. Unfortunately that probably means a long wait until they deign to offer it over this side of the pond, or the poor option of… Read more »

That’s not the point – I’m not going to give Telstra money to make my phone worse.

Sure, but complaining about a problem you could fix in less than 20 minutes seems a bit much…

That’s a horrible attitude to have.

It’s like saying I won’t pay Mercedes local Australian dealers MORE money to buy the car covered in DIRT. I’d rather just buy it direct from Mercedes nice and clean and cheaper.

AFAIK the nexus devices come with stock Android. I can’t remember, I got my 6P on Optus, and flashed a custom ROM straight away.

Well, since i hate anything Telstra with a passion, i suppose my next phone wont be a Pixel afterall. Shame, really had my eye on this one. Why Google would chain it flagship model to one carrier is truly beyond me.

You will still be able to buy it outright from Google. Then put it on an MVNO for $20 a month and save some money

I hate exclusive carrier deals with a passion.

Hmm, exclusive on ONE of the two phones? That’s a bit weird.

I wonder if Optus has exclusivity on the other?

It’s all a bit academic since outright price is the main question. Price them at $1000 and you can forget it. Price them at $500 and it’s more like it – though I’m still not buying another phone without microSD – I hate hitting the memory bounds.

I’ll still be buying it outright, I think. I’ve been off contract for years, and even though I am with telstra, I don’t really want to sign up for a 2 year plan to get the new Nexus/pixel