Remember the OneGoogle Bar? No? You see it every time you go to Google, its the header on the top of the page that gives you links to Gmail, Images, your apps, your notifications and of course your accounts. The OneGoogle Bar for many is their primary interface into many of Google’s apps and services. Others amongst you might never have known it was even there.

Google has had several iterations of the OneGoogle Bar over the years, and it seems that Google is at least considering another revamp, at least for the notification portion of the bar. The notification bar currently serves to give you access to notifications from Google+ (yeah it still exists and some of us even still use it), Chrome permissions, Google Photos and Spaces.

It’s always been odd that Google hasn’t integrated more services into the notification bell, or at least the option for more services, especially Hangouts which was an integrated component of Google+ until recently. Apparently, someone at Google also thinks that’s odd, as according to our information they are looking at both a redesign and an increase in scope for good old Mr Jingle’s home.

Who is Mr Jingles?

He’s the grey bell that tells you that you’re all caught up if there’s nothing in your notification list. Though, if you read on, he might not be long for this world — Google might be planning to get rid of him.

The plans as explained to us by sources familiar with the matter indicate that Google is looking to increase the number of services that get integrated into the Notification Bell, we can easily see services such as Gmail/ Inbox, Hangouts, YouTube, Google Drive, Reminders and perhaps even Google Now style cards making their way into the reconfigured notification system.

We’ve managed to mock up a few screen shots based on what we know.


The above shows the new grouped notifications for Google+ (in this instance) with the individual notifications below, as you can see each ‘group’ can be toggled on or off. This toggle choice will be remembered between restarts,so if you always leave Spaces notifications toggled off you’ll only see the card for it, not all of the notifications under it.

You can also hit the “View all on Google+” (in this instance) button to be taken to that interface to specifically view and manage your notifications.

Each app will take you to a new interface in that service to allow you to view and manage your notifications for that specific app. At the top, you have the option of changing the view options between all, only new or already read notifications, similar to how other menus currently work.

It’s not all good news however, we’re reliably informed that in this update Google will officially retire Mr Jingles. Perhaps he isn’t materially enough, or maybe he’s planning on emigrating to Canada or New Zealand in light of recent events? Either way, if Mr Jingles does go to the farm it will be one less little bit of fun any whimsy , Mr Jingle used to celebrate many an occasion, still, maybe Google is growing up, perhaps that’s good?

This isn’t the biggest redesign in Google’s history. I think that will be the day Google Calendar finally goes material on the Web, however moving more of its core services into the common notification bell is a great step, and giving users control over what services use that, and how they appear is also fantastic.

Hopefully, when the new notification system is released it will adopt a little of Android’s actionable notifications allowing you to do more with those notifications right from within the panel. It would also be great if these notifications are synced across your account so it dismisses them across all of your connected devices.

According to our information, the new design will also be used for ChromeOS devices replacing the current system in the bottom right of the system tray. Of course, as with all Google experiments, this could have been an old and defunct program and it may never even see the light of day. However, the move makes so much sense we think it may just roll out to all, one day.

I miss Mr. Jingles- Google should bring him back! And now when I click on one notification it takes me right there and the other notifications are lost which means I have to go to my gmail to see you tube notifications, which is not an improvement at all! Before a mini window would open so I could look at you tube comments, reply if I wanted to, right there, close it and then go to the next one until Mr. Jingles said “all caught up!” and jiggled.

@duncan_j:disqus: you’re a flipping dumbass for leaking this! Hope there is no legal action coming against you for violating the NDA…

“It would also be great if these notifications are synced across your account so it dismisses them across all of your connected devices.”

This should be the leading point of this article – notification sync has been talked about for years, should be very easy to do and I couldn’t care less about whatever “Mr Jingles” is when I still have to dismiss every notification twice between my phone and tablet.

Initially we did cover this more, however what we have seen is early ideas of a draft product, when and if it ever gets released you can be assured we will be looking very closely at things like this. I have to say however that notification dismissal for Google services has been steadily improving.

I don’t use the services of Mr Jingles, but I’ve always thought it odd that some key Google apps aren’t available from that Apps icon with the dots. For example Calendar isn’t there so you have to bookmark it or type in the url. Surely Calendar is one of their big apps? 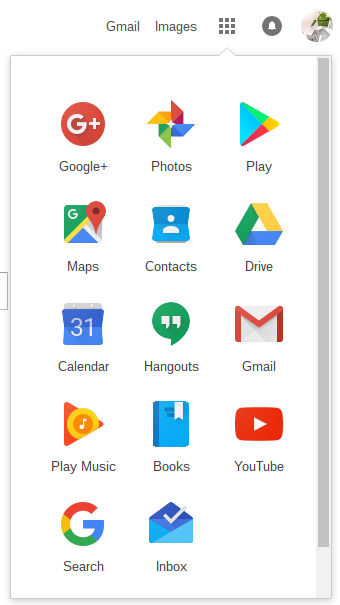 Go to keep (dot) google (dot) com. Click on the apps bar, then you should see an option to add it.

Legend, that worked perfectly. thanks for that!