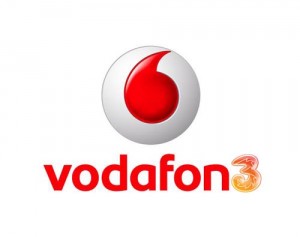 Now a little birdy just informed me of the Android Devices headed to VHA (Voda + Three) in the next few months. And boy, is it a good lineup!

The HTC Legend (previously thought going to Optus) will be a 3 month exclusive to VHA. The Samsung Galaxy S will be the first Android Device in Aus to sport Samsung’s “Super AMOLED” display which has deeper colours and better sunlight legibility than normal AMOLED, as well as their own Cortex-A8 Hummingbird 1GHz CPU. Now the good ole’ X10 Mini Pro, that’s been hanging around for a while with no place to stay, will now call VHA home. It’s basically the Xperia X10 shrunk down with a physical QWERTY & slower CPU. The news of the X10 Mini Pro coming to Aus aligns with SE’s announcement that the X10 Mini & X10 Mini Pro would make an appearance H1 2010

No word on the Galaxy S or X10 Mini Pro being an exclusive, yet.

Thanks to our inside source 😉
[Pic: Decoder.com.au]

Really? It’s mid Aug already and still no Galaxy S on Vodaphone in the horizon. Been told that Optus has one month exclusivity… But wtf? When will it hit the shelves for VHA? I’m soo keen already and while patience is a virtue, i’m tired of waiting!?!? Anyone else with me? Or know any inside word?

just switch to virgin they have the best data plans anyway

September is the get go

Please Please let this be true. My HTC Dopod is over three years old and starting to play up. Best phone I have had and I have been desperately waiting for 3 to get a decent HTC phone back. You can keep the iphone..

Any news on the Motorola Milestone getting a carrier her in Oz?

Nothing heard. Its been out for a while so I suppose it would have landed by now if it was destined for Australian shores.

Apart from the hardware keyboard, the specs are beginning to date.

Perhaps the Droid 2 will make it here, now that the Android floodgates have finally opened locally 🙂

It does a little bit yeah. But I guess it’s a pretty general design now-a-days. I’ll be getting a review model very soon, so I can see what this Super AMOLED is all about.

no time line for the legend then? I heard word that it would be here next week…

That’d be good! I have no word on the time line, as of yet.

Getting totally ahead of myself but… a rooted Galaxy S running Froyo with Sense UI. Yummy.

Until that happens I might have to settle for Panda Hero home or some such workaround.

Actually on that note, a rooted X10 could be formidable with an updated OS and such a hack will answer once and for all whether or not the hardware can support multi-touch. Mtouch is noticeably missing from their September update.

Can anyone confirm – does the Galaxy S have a camera flash or light? There seems to be a lot of conflicting information out there.

From the looks of the 3D Spin at http://ausdroid.net/phones/samsung/galaxy-s/

It doesn’t appear to have a flash.

I heard LG are bringing their GT540 soon – not sure which carriers. Looks nice and well featured. Anyone know when or where we will see it?

Nope sorry. I have only heard about the LG Eve making it’s way here.

Obsolete? Its month 5 outta 12 mate, its basically mid year now. I have a N1, love it and wont care for the GS as soon as app2sd is officially supported. Thats the huge advantage with 16gb internal, lots of app space. At the moment all the rest of us have to be content with 512 or cyanogen with an ext4 part and a non-removable sd card with a hacked out app2sd which is kinda lame.

By which time 2.2 will be out, probably running on the Nexus Two

That’s a long wait. It’ll be obsolete by then

Why an N1? As the first Simon says (pardon the pun!) the Galaxy S is so much better than the N1, it’s hard to believe.

When Android does separate updates OTA, then we won’t have to wait forever to keep uptodate with the O/S either.

Three just don’t get it do they.
While admirable phones the Legend and Galaxy S are; they still don’t represent the phones that the people want. ie: the HTC Desire or Nexus One.

Buzz Moody, was there any sort of time line assosiated with the releases of these phones? As the Galaxy S seems to be a great handset, but if it’s going to be released some ridiculous time like late Q4, they can forget about it.

No time line was given, only the phones that are on the roadmap. But the Galaxy S is slated at a Q2 release.

but still, if you buy the Nexus1 at least u know u’ll be the first to get any OS updates (2.2 soon?)

Maybe it’s just me, but I don’t see the point in a larger screen with the same resolution. Yeah, bigger pixels, big woop … 🙂

those of us with fat fingers certainly welcome the larger screens when there’s no physical keyboard, higher resolution or not…

Nexus One. Basically I just want to know if Google has any plans to bring the phone store to Australia. I’d be happy to buy through Vodafone but I want the phone store here.