Home News and Editorial Vodafone have not cancelled the X10, just delayed it 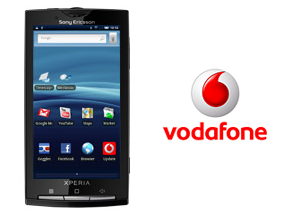 Finally, some Vodafone-X10 news you don’t have to take with a grain of salt. Sony Ericsson have contacted me today to clarify that the Xperia X10 has not been cancelled by Vodafone, only that the launch date has been postponed.

The Australian launch of the Sony Ericsson Xperia X10 on the Vodafone network has been delayed. The original go-live date was scheduled for early May. Vodafone and Sony Ericsson are working together to ensure that the Xperia X10 performs at the highest level on Vodafone’s Australian network and will announce a revised launch date in the near future.

So that squashes any rumour that Vodafone have completely dropped the X10. I’ll keep you updated on the “near future launch date”.

I sent a few tweets for @Vodafone_Help on twittr to see what answer I would get, cause X10 is a decent phone and I hope it will become available later as I read somewhere that the x10 will recieve a significant O.S upgrade in the fourth quarter. So be cool if it happens around this time.

I always have found SE to be alittle slow with there products, and by the time they try to get the market excited about there Mobile the market as moved on, example of this would be there x1 & x2 mobiles.

It is coming back, the Sony Ericsson Rep made sure he specified that. It’s just been delayed for unknown reasons. As for the situation with Three, not a word.

SE have been a bit slow on the X10 front, but hopefully their promised software upgrades will be worth it!

As 3 have it as a End of Life phone and can’t be ordered and won’t be ordering any soon.

See what happens I guess.

According to SE the fact Three don’t have the phone in either is a different matter but they are going to get back to me as to why it’s not currently available.