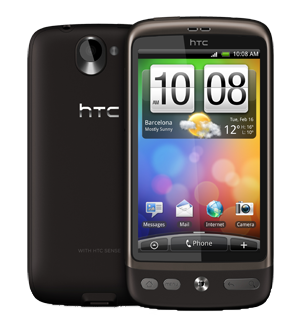 HTC has confirmed, what we already knew, that all 3.7″ devices current (Nexus One & Desire) and future will be using Sony’s Super LCD display from now on. HTC stated that due to such high demand for AMOLED and low supply led to them choosing Super LCD as it is a comparable alternative. Super LCD provides a greater viewing angle, thanks to Sony’s VSPEC III™ technology and has increased battery performance.

Lately we’ve had a few tip off’s stating that Telstra has already got some HTC Desire’s with Super LCD displays, but we’ll wait for official confirmation from Telstra on this.

Buzz – given one of your biggest issues with the Desire in your Social Review was the (lack of) battery life, this can only be a good thing? … It’s a phone after all, so if you are away from a power source all day, this screen could make the difference in being able to make a call.

Absolutely, the more time they can squeeze out of this battery the better. I’m hoping someone can get their hands on an SLCD Desire and try it out.

I am looking forward to seeing one of these screens on the Desire; I would welcome a ‘quieter’ display. However unless the Froyo update results in significantly improved battery life, I will not consider buying one.
It would be the same as buying an iphone 4; compromised from the start.
That so many people settle for this second-rate performance from their phones plays into the hands of the disingenuous manufacturers…

Exactly! It pisses me off that I just bought a Galaxy S (it hasn’t even been delivered yet – 3 days and counting) and I now found out that the same phone in Brazil comes with digital TV (even allowing you to record it!!) and Tether!!

Now I know I can get the tethering happening by playing with it for bit but Digital TV would have been epic on that screen.