Home Mobiles HTC Aria being launched tomorrow, but on what Carrier? 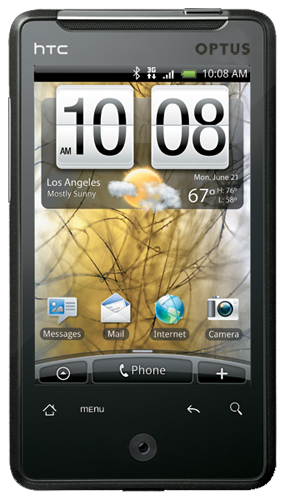 HTC Australia have announced today, via Facebook, that the HTC Aria will be launched/officially announced/something tomorrow but have given no ideas as to which Carrier it will come to. We’ve reported in the past that it would be Optus, but strange things can happen.

The Aria would sit well at VHA or Optus as a direct ‘opponent’ to the low priced HTC Wildfire, which we just reviewed.

Best combination between price and performance. The higher quality screen is a real plus over the wildfire, but if its $49 a month, ill have to pass.

It’s my new phone… really, this is the one I’ve been waiting for… come oooon! Come to Virgin, $29 Smart Cap, and it’ll be all mine… and $29 Easy cap for my wife, two sales just waiting here… come to Virgin… come… come… 😀

Agreed. I’ll pay off my blokia and jump on this with Virgin… Thank god Virgin allows you to leave contract after just 6 months.

yay hopefully optus means virgin ! All you vodafone customers complaining, stop whining you have had the legend and the n1 while we have yet to see a htc android phone

The Aria would seem more competitive as a lower-end Android device, surely with its better resolution?

Just above the time on the right hand sides says Optus, so I imagine it would be them

I photoshopped it there

Glad you found it convincing though

Optus don’t brand their handsets physically, only Telstra do.

What market share does HTC have worldwide at the moment?

wouldve been cool on vha, so i guess ill cross this off the list.

Its being launched at Optus on postpaid, sometime in October. Could be anywhere from 19C to 29C to 49C. Staff have been trained on the device.

Fingers Crossed …please let it be on “3”

I have seen HTC touch diamond on 3 website now its vanished…Strange!!

wow, all this time and it’s being launched tomorrow to a currently unknown carrier??? you’d think that we’d’ve known about this weeks ago! (at least by rumour)

Yes, please…. finally!!! Do it Virgin