November is a busy month, it’s filled with all the latest releases that are being pushed out by carriers, manufacturers and retailers in order to get the most sales during the upcoming holiday season. We’re going to see a few updates, maybe some Gingerbread will get baked and a few conferences to get our inner developer leaping into the Android Platform. Hit the break to check out everything November might have to offer.

I know we’ve been saying this for months, but it’s only been speculation until a few days ago when Sony Ericsson finally stopped playing mum on the update and let us know that it would be out in ‘a few days’ then went even further to say that it was hitting Europe this week with the rest of the world to follow. And if you remember back Sony Ericsson AU said we’d get the update when the UK did. Hold tight. (Story)

The Desire HD has been one of the most talked about devices of the second half of this year, and now we can finally have a piece of the 4.3″ this month, with the Desire HD hitting Vodafone & Crazy John’s stores, with Three to follow suit soon. It’s available for pre-order already on the $59 cap for new contracts only. We’re hoping to do a review of this beast for you guys in the next few weeks. (Story 1, Story 2)

The entry-level, resistive screened, cheap, prepaid T-Touch Tablet, will be hitting Harvey Norman stores from the 2nd of this month and is already available for pre-order on the Telstra website for those of you keen to get your hands on the basic, bloatware-filled Tablet. The price is a low $299 which includes a once-off inclusion of 3GB mobile data. Just remember, this baby is locked to the Telstra network. We’d review one, but I think we’ve insulted it way too much to go back now. (Story 1, Story 2)

LG Optimus One will hit Optus and its subsidiaries 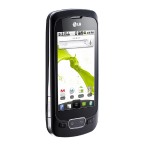 There may or may not have been a post up about this already today, but the LG Optimus One is finally hitting Optus stores and all its subsidiaries such as Virgin, Allphones & Telechoice from today onwards. The device, which was delayed last month, will come with a free GPS car-kit and navigation software as a little something from LG & Optus to you for Christmas. Naww, isn’t that nice. $29/mo will be the going rate for the LG Optimus One. And yes, this one is resistive free. (Story)

Samsung will push out Android 2.2 for Galaxy S devices After Optus decided it would be funny to tell its customers that Android 2.2 was available for their devices, then watch them all start kicking and screaming when no such update was available, they then thought they would tell said customers that the update is coming in mid-to-late November. So kick and scream no more, Galaxy S owner, your update is coming, no matter which Carrier you’re with. Updates should be out to all Carriers by the end of the month. Should, being the keyword in that sentence. (Story)

Android Developers, prepare to get your Dev on

This month there are two Android Developer conferences going on, one official, one not-so official but no doubt twice as fun. The first (non-official) one will be held right here in Melbourne on the 3rd of November and you can get more details here. The official one will be held up in Sydney at Google HQ on November the 5th. Entries have closed for the official one, but just letting you that Google hasn’t forgotten about us just yet. (Story 1, Story 2) If you haven’t yet checked out our Galaxy Tab review, you totally should, it’s the hip thing to do. If you already have read our review and you’re wetting your pants as to when you can give the Carriers your hard-earned $999 in return for a slab of Android Tech, you can rest easy knowing that this month we just might see a launch or two, or at least an announcement as to what the hell is going on with the Galaxy Tab. Maybe, just maybe, they might drop the price to something reasonable. (Story).

Notion Ink will send out 200 to Developers

The Notion Ink ADAM (or ‘adam’) will be sent out to 200 eager developers who won Notion Ink’s heart to create applications that are going to blow people’s minds. After this development phase we may actually see commercial units hit the shelves of MobiCity, but that might be pushing it into early 2011. If you want to keep up with Notion Ink and the progress of the ADAM, check out their blog.

It’s unclear as to whether or not Google will be announcing anything officially this month. But as we know, Mr Gingerbread has rocked up to the confectionery party outside of the Googleplex, and if history says anything about that, it’s that we’ll be seeing a release of Gingerbread and its source code by the end of November. Excited?

Keep it hushed, but we might also see something awesome come out of the Samsung camp.

How do us Linux users update?

OMG *bangs head against desk* so much for september release…LOL I hope we get it in 2010 too…at this rate doesn’t look like it.

Haha yeah. When the Galaxy S was released, I purchased it and read that the SGS was going to get 2.2 “very soon after launch”. Since then, the life of 2.2 on SGS has been: – September 23rd release – End of October release – Early November – Early-mid November – Mid-late November – Late Nov-Early December My guess: Mid to late December. Pretty sure I’m not going to buy another Samsung phone after this one. That’s just really damn pathetic. There’s aboslutley no rational reason as to why it had to take this long for 2.2 to get to… Read more »

Any word yet from your sources if and when 2.2 will be released for SGS?

Optus have said on their twitter that it was due early to mid November, then mid to late November, and last I’ve heard, late November to early December!

Yep, December is the golden time that I’ve been told.

By the way, the HTC Desire Z is now available from Handtec in the UK if anyone is interested in purchasing one. Just bear in mind that if you do get it from the UK, it will only work on Vodafone or Optus network.

And it would be nice if Vodafone released the 2.2.1 update for the nexus one this month – fixes the wifi issue which would be great!

If only I knew

Yeah, no kidding.
It’d be better if the Z had never been announced, cause then I’d happily buy a Desire HD, but now I’m stuck waiting to get my hands on a Z and find out if I even want one!
I love the QWERTY on my Dream and I don’t think I want to go without a physical any time soon, so my options are pretty damn limited…

HTC said there’s nothing planned with the Desire Z until next year.

Just a head up that the HTC Desire Z is now available from online stores in the UK if you want to buy one outright – see my below comments for more details.

Any word on the HTC Legend Froyo update? It’s been very quiet on the front with rumours of the update being tested by HTC.
No word of what Vodafone Australia may/may not have in store for that neat little phone…

The Optimus One is now in Telechoice’s latest catalogue online for their $29 cap and shows the car kit, but I can’t tell if that includes any data, I’m thinking not… but it does include unlimited calls/txt to Optus members which is better than Optus plans. Still waiting for it to appear on the Virgin site (other than the pages which are not yet ‘published’ on there) or the Optus one.

Ok, so yeah, just rang Telechoice and their $29 cap plan includes no data… which is insane for a smartphone.

Should also mention that the first 200 Adams from Notion Ink will be delivered to developers. A device that will rival all tablets on the market, and it proudly waves the android flag.

Indeed. With a bit of luck we might see commercial ones by next November 😉