So we’ve made our way to the last month of 2010, December. Overall I think it’s been a great year for Android in this country, a few exclusives here and there as well as a few secret launches throw in to keep us on our toes. Now it’s time to wrap up the year with some (not much) of the stuff that should, would and could be happening this month. Hit the break to check it out.

With most of the updates done and sorted, there remains a handful of devices that are yet to receive the Eclair update and that will be happening this month. We have no specifics on the dates, as SE likes to keep people in the dark until the update is actually available.

Notion Ink should be launching the adam 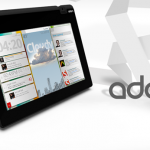 The FCC has certified the adam, meaning that is able to be sold to the market whenever Notion Ink sees fit. We’re hoping that’s before Christmas as I might like to snap one of these up, but we will be reviewing one for you guys, finally. As we wrote in a previous post, there is a countdown happening on the Notion Ink site that suggests some major news (perhaps a launch?) on the 9th of December, so if there is anything to come from that we’ll be sure to let you know. Stay tuned. I really have to say props to both of these carriers for launching a device that isn’t 6 months old (learnt from the experience of the Milestone, hey Optus?) which is something Vodafone is getting very good at doing (see the Desire HD). We scooped the Vodafone pricing before it was even announced and you can check that out here. We’ll be doing a review to see if it kicks the original Milestones butt. 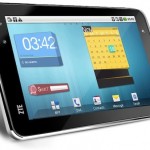 With the crap-tab war well and truly underway, Optus is going to make sure it has its low-end player in the game before the Christmas rush. The ‘My Tab’ made by ZTE will set you back $279 on Optus Prepaid. The specs might not be amazing, but hey, what were you expecting for this price point. If it’s anything like the Millennius SmartQ we reviewed, it’ll be a cool little device.. loaded with bloatware. We touched on this a little in the post about the Galaxy Tab launching on Telstra, but rest assured there is a post going up this afternoon to clear up pricing for the T-Touch Tab when it launches itself onto post-paid plans on the 7th of December. For now, just image Galaxy Tab plans with less to pay per month for device repayments.

Google will get around to launching Android 2.3 (Gingerbread)

It seems an eternity since we first learnt of Android 2.3 existence, now this month we might finally be able to pig ourselves out on the confectionery goodness that is Gingerbread. With an overhauled UI, Near Field Communication support, a more integrated browsers and general speedy increases, there is a lot to be looking forward to, let’s hope it doesn’t disappoint. What we will be disappointed about will be if Samsung and Google completely ignore Australia for the launch of the Nexus S. We’ll keep our fingers crossed.

The last of the Galaxy S devices will get Froyo For everyone who owns a Samsung Galaxy S and continually emails me asking when the update is coming for your device, I don’t know, stop asking. But I can tell you that they will all be out this month, except for maybe Telstra, though I hope that’s not the case. Any way, keep cool and your update will be there soon enough, you haven’t been left behind yet.

Hmmm, Milestone 2 vs Desire Z – which one is going to have the honour of being my first smartphone??

I love these “What’s coming up this month” posts. Keep up the good work. 🙂

Agreed, they are a great addition to the site 🙂

QUOTE: With the crap-tab war well and truly underway,

Notion Ink SHOULD be launching the Adam, nice gave me a laugh. Cant wait to see what price it ends up at with all the tablets coming out at rather high prices.

Oh and as a Milestone 2 owner, it kicks the butt of the original milestone, though it wont sell because its not that interesting to look at (it looks like a brick) and it wont be promoted.

Keep up the updates, they are always interesting to read before and after the month has passed.

I’ve been hanging out (read: harassing Optus’s twitter acct) for pricing on the Milestone 2 /w Optus since it was announced as coming to them. If it’s any good, it’ll be replacing my HTC Dream. I love my QWERTY, I’ll always settle for a mediocre QWERTY over a “great” touchscreen keyboard.

Here’s hoping the Milestone 2 feels worth the wait.
They SHOULD promote the damn thing, seeing as there’s still no release date for the Desire Z and reviews ARE mixed.

How is the MotoM2 media-wise? Tried standard avis on it?

I havent tried any avis on the milestone yet (probably would have to do conversions for screen size), or any media on it yet. Too busy play with apps and getting it all set up the way I like it (i.e. deblured). I’ll have to give it a try soon though.