Home News and Editorial Android 3.0 ‘Honeycomb’ to be released in March? 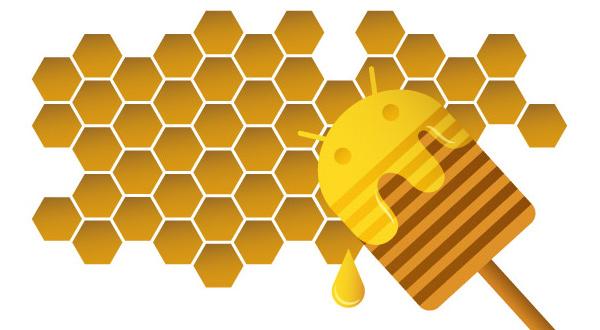 I think it’s about time we start firing up the rumour mill once again, don’t you? This time we’ve got a supposed release date for Android 3.0 or ‘Honeycomb’ which sounds far more inviting. The date is March 2011 and was mentioned by DigiTimes in an article about upcoming Tablets that may or may not appear at CES next month.

MSI is also prepared to sell an Nvidia Tegra 2-based model in April or May after Google releases Android 3.0 in March.

So there’s two very exiting things: more Tegra 2 Tablets, granted they aren’t complete crap, and a supposed launch date for the next major iteration of Android. Excited yet? I sure can’t wait for CES to come around.

Is this where I can thumb my nose at RogueX5 and say “I TOLD YOU SO” :p

My understanding that Android was forking 3.0 being for higher end devices (including tablets & phones) with 2.x continuing for lower end devices… I think there is a lack of direction (at least publicly) for android. Hopefully in 2011 it will become alot clearer..

Well I’m going to go ahead and say that 2.4 will be Honeycomb, it’ll be the first Android OS that is properly optimised for tablets, however it witll still be a phone OS.

i agree, i should have clarified my “I think the softwares will merge” comment, i dont believe they will operate as too separate versions of the same software but if they did split it and have 2.3 and 3.0 i think they would have to merge at some point, like you said it just doesnt make sense

not sure what’s the case Buzz?

Honeycomb being for Tablets only. It just doesn’t make sense.

It’s a PHONE OS, not a tablet OS, theyre making their own tablet OS anyway.

@Dylan: actually its a microwave OS 🙂

I fully expect to see it on Toasters next.

whatever the number (though doubt it will be 3.0). Honeycomb, 3 months after Gingerbread. i find that hard to believe

Then be ready to have your beliefs shattered.

People need to realise that Honeycomb is the Tablet OS and that IceCream will be the next Phone OS release (2.5 or whatever)

Agreed, normally companies make large jumps in version number if big changes have occurred. In this case the UI is getting a revamp (more so then Gingerbread but more in regards to scaling for larger screens and res) and it also brings in full tablet support not just the blow up version of the OS like the way it is now. To me the version jump to 3.0 makes sense. I do think however that the OS will merge like what happened with the iPhone and iPad, it doesn’t make sense to ship to completely different versions of the same… Read more »

I’m not sure that’s the case..

Love it when I’m right.

It only says ‘Tablet Optimized’, not Tablet Only. But so far your looking good.

I hope Samsung Galaxy S owners don’t get screwed and actually get Gingerbread. Honeycomb may be out of the question (higher hardware requirements?) but I’ve got the mindset that the phone should be upgraded to the latest firmware that the phone is capable of handling.

Also, why do people always refer to the next Android firmware as 3.0? Why won’t Honeycomb be 2.4?

Honeycomb is a Tablet OS. So unless your Samsung Galaxy S is somehow 7″ now then I wouldn’t even dream of getting Honeycomb.

Honeycomb being referred as 3.0 is fine seeing as it is a major release for full Tablet support. Gingerbread had a nice little UI upgrade and thats about it.

Is it purely a tablet OS or is it just the frist Android OS that is properly optimised for tablets?

I thought it was the latter.

seems silly to jump from 2.3 all the way to 3.0 in one hit. also, its just tablet support, not tablet *only*

Here is the latest on gingerbread:

If you’ve been waiting to find out official world on when the Nexus One will get the Gingerbread OTA update then wait no longer. The official googlenexus Twitter account has posted word that you should receive the update within the next week. http://www.nexusoneforum.net/

Any news on gingerbread being rolled out? Lets get to this before we get excited about 3.0

I’m waiting for Honeycomb before I get myself a tablet.

why is every new release of android now being called 3.0

We dont know the number, thats why we use codenames..