Home News and Editorial PlayStation Certified devices will be branded? Yesterday Sony made the massive announcement that they would bring PlayStation Games to ‘Certified’ Android Devices. They specifically said they would test each device that applied to become ‘PlayStation Certified’, to ensure it would play any games without hindering the user’s experience, and if it passed the manufacturer would then pay Sony to allow them to use the PlayStation Suite, so that’s all straightforward. Then I noticed that in different photos of the leaked Xperia Play that a PlayStation-esque logo pops up on the lower left-hand side of the controls.

I could be looking too far into this, but I’m thinking that every phone Sony considers ‘Certified’ will have to be branded with this logo to show its authenticity. While this is no problem to Sony Ericsson on the Xperia Play, as they are a part of Sony, it may make other manufacturers think twice before having their devices branded with someone else’s logo somewhere on their device. But then again, if PlayStation Suite proves itself successful and there’s money there to be made, manufacturers could care less about a logo. Interesting nevertheless. Hit the break to see an early photo of the Xperia Play without the logo. 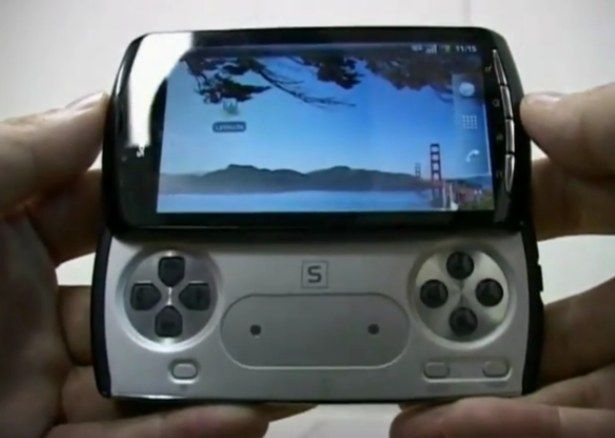 Not as far left field as you may think. Typing this on my ASUS laptop that has Intel, ATI and Windows 7 badges on the PC.

Not to mention that the certification would have to include software as well as hardware. Would that mean that every Android update would have to undergo “re-certification” by Sony?
A bad kernel module update could severely hinder a devices ability to display 3D graphics…

If that was to be the case, could Sony take its sweet time certifying other manufacturer’s Android updates while working on its own…

The beauty of this though is that you dont actually buy anything Sony, just a handset you know will run the games

True, it will also add time onto their launch schedule.

I think the only way they will get other manufactures to support PSS is if sony devices that have it start out selling everything else.
but im not sure if i can see that happening, SE just seem to screw every phone they make. If not with the hardware then with the bloatware and lack of updates