Home News and Editorial Google’s roadmap for Android – how it all fits together. 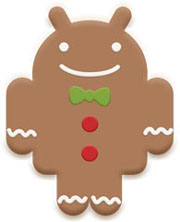 Astute readers will know that there’s many different versions of Android out there at the moment.

The newest versions that we know of are Honeycomb (aka 3.0) which is, for the moment, a tablet-centric version of Android. Honeycomb includes some pretty cool features like a new graphical look, revamped multitasking interface, and an improved notification system (Apple could learn something here, or even from Android’s original notification system). Honeycomb also introduces the ability for apps to split into multiple panes (think Mail.app on an iPad in landscape view).

However, there’s been no mention of how Honeycomb will affect phone users.

Gingerbread (aka 2.3) has been available officially on the Nexus S for a little while, however official releases on other phones have been slow to come. This fits in with Google’s own analysis of the Android spectrum showing 89% of Android phones are running Froyo (2.2), or worse, Eclair (2.1). There have been mutterings on Phandroid and Pocket-link about a Gingerbread 2.4 which will ‘backport’ some of the Honeycomb features to phones running Gingerbread, such that Honeycomb specific apps would be able to be used in this upgraded Gingerbread release.

These different versions are a little confusing, and there have been questions asked on how Gingerbread and Honeycomb will tie in – will phones eventually see a Honeycomb update, for example? It seems the answer is no.

However, it’s not all bad news!

During Eric Schmidt’s keynote address at the Mobile World Congress, he was asked about the different versions of Android and where everything was headed. His response was short and to the point:

We have an OS called Gingerbread for phones. We have an OS being previewed now for Tablets called Honeycomb. You can imagine the follow-up will start with an ‘I’, be named after a dessert, and will combine these two.

So there you have it folks.. there’s not a lot of detail, except that the next Android release (rumoured to be Ice Cream Sandwich) will combine the Gingerbread and Honeycomb feature-sets, and will probably span across both phones and tablets.