Home Mobiles HTC Desire S – Telstra will have it ‘soon’ 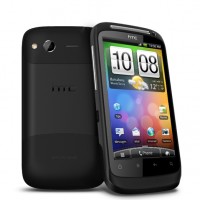 Update: According to PCWorld, the Desire S will in fact run Gingerbread 2.4.

Overnight at the Mobile World Congress in Barcelona, Telstra announced that it would release the HTC Desire S on the Next G network in Australia.  The HTC Desire was a huge success for Telstra in 2010, being the first mass-market Android phone to take hold in the Australian market.

As we discussed earlier, the HTC Desire S is not a significant upgrade from the original Desire, however it does sport a few tweaks, such as:

Warwick Bray, Executive Director, Telstra Mobile Products had no firm date for launch but the phone would launch in the first half of this year.

“The original HTC Desire was a huge hit with our customers and helped to establish the popularity of Android smartphones in Australia.

“The HTC Desire S builds on the qualities that made the original so popular. It features the latest Android Gingerbread operating system as well as a powerful processor that makes for fast, responsive multitasking.

“It also sports faster mobile internet connectivity for snappy web-browsing on the Next G network. And, like its predecessor, it will feature a vibrant 3.7-inch touch screen and access to thousands of Android apps.

“Our customers are going to love the look and feel of the phone too, which is crafted out of a single piece of aluminium.”

Typo in the article:
“With both these devices laucnhing in the..”

And yes, I want one. Sucks the tablet is exclusive to Vodafone though. Wish the Galaxy S II was a google experience device too (aka no touchwiz).

The question is though, will both devices run on the Telstra 850Mhz band at all?

where are they hiding their dual core phones ?
if not dual this should have a similar processor to the flyer (1.5ghz single core) otherwise they cement themselves as last years premium android manufacturer…

This is, dare I say it, a disappointing ‘upgrade’; you could even say, cynical.

That may well be the case.. it’s such a minor hardware upgrade that you’d hope the cost wouldn’t be too high. However, with the relatively compressed mobile market in Australia, you can bet the price probably _will_ be that high :/

will the touch screen be improved? that was my main problem with it

Not to forget the upgrade to 768MB of RAM which, after using the Desire HD for a while, actually makes a noticeable difference in running a ton of apps.

Good to see these new devices coming out to the market, but I hope this won’t make Samsung nor the other software developers forget those of us who are stuck with 2 year contracts on older *now considered low end* phones like *Galaxy S*.