Home News and Editorial HTC Desire HD on Next G? Yes, you can has. 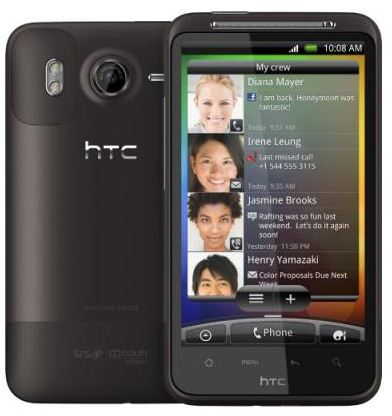 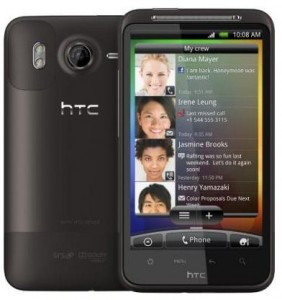 Look, ordinarily we wouldn’t post a story like this, because it’s not quite a story. There’s not a lot to be said, but it has one AusDroider (… me) rather excited. Yes, I admit it, I rather like HTC hardware.

You see, I don’t have an Android handset at the moment. I’ve been making do with an iPhone from work, which is all well and good, but it leaves me a little out of the loop. I need something that runs on Telstra Next G, and unfortunately this rules out a lot of handsets in Australia at the moment, because more often than not, handsets are released on Vodafone or Optus, rather than Telstra.

However, Mobicity to the rescue! The Desire HD in a Next G compatible variant (known as the Inspire 4G in the US) will be shipping from next week, and rather graciously, Mobicity have provided one to us to conduct software reviews and other activities.

When we reviewed the Desire HD in November last year, we had some nice things to say, so we’re very excited to be getting a Next G compatible one here at AusDroid Sydney’s office. However, the fun isn’t just for us..

If you’d like to get yours, head over to Mobicity and place your order.. as is usually the case, the first tranche of stock is usually limited!

Is there any way to get the inspire 4G (Desire HD-Next G) without the AT&T branding or AT&T installed apps?

yes there is a third version at mobicity. its the Desire HD Telus….its a Canadian telco. I have one and am using Telstra…..its only early days and my first smart phone so not sure if its performing best or not??????????? just a tradie

yes there is a third version at mobicity. its the Desire HD Telus….its a Canadian telco. I have one and am using Telstra…..its only early days and my first smart phone so not sure if its performing best or not??????????? just a tradie

so how is this phone fairing on the NextG network? Im liking the looks of this phone and would like to go Telstra for their coverage. 99% of my use would be Gold Coast, but occasionaly I go out west….about 1000km to a mates property….which just happens to have a Telstra tower on it. Will this phone still work,ie phone calls and txt if its not running on NextG, as I understand it when you start to ge away from the towers and there NextG coverage, it drops back to 3g, GSM and 2g??? is that correct?

Except for the fact that Mobicity’s price is almost double list price in the US. Ouch, that’s quite a markup!

Likewise, I am intending on getting the DHD (A9191), however I saw the DHD (A9192) released which apparently has more memory. I too will be switching to android in the next few days, however refuse to go to Vodafail and would rather purchase the phone outright and stay on a $59 plan with Optus. While Telstra offer the reception for a higher fee, Optus have better rates

Telstra are talking bout this being the upgrade from the original Desire. Did the HD and Z fly straight past them?

Is next g the way to go for everyday use on this device? like, is it worth paying the extra to get the next g version? (i was originally going to buy this phone and just use it on optus 3g) also, is mobicity they best place to buy online? cheers.

Depends what you need from your phone. I need reception and fast data _everywhere_, so Next G gives me that 99.9% of the time. SO for me, that extra cost would be totally worth it.

“and rather graciously, Mobicity have provided one to us to conduct software reviews and other activities.”

damn, i wanna start a phone news site, and get sent free shit.

I have been using original nexus without next g on my work telstrasim for over 12 months. Speed is limited but great phone. So long as ur not going bush they still work… I use a bit of data, lots of maps nagivation etc…

I know how you feel. Have been planning to get an android phone for some time now. Then my new job gave me an iPhone. I have been living off that. It’s hard to justify getting another smart phone. But then again they refused to give us a plan with any data. I am a loyal virgin. I cringe when ever I see vodaphone or telstra has a new exclusive deal with htc.

Enjoy, the DHD is a great device!