Home News and Editorial Motorola Xoom to feature an unlockable and relockable bootloader, Australia still may... 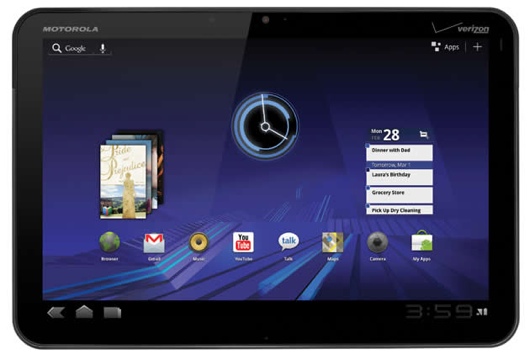 After an anxious wait of uncertainty, Motorola have finally confirmed that their Honeycomb flavoured tablet, the Xoom, will indeed feature a bootloader that can be unlocked and relocked till your hearts content. A post on the Motorola Owners’ Forum stated this very fact.

The XOOM will have an unlockable/relockable bootloader that will enable developers to access hardware for development.

As Engdaget have said, maybe this is due to the fact, the tablet is classed as a “Google Experience” device and as such, Google has but some pressure on Moto to unlock the bootloader, we may never know. Fingers crossed this good deed follows through to the new Atrix, but I’m highly doubting it, as it runs BLUR.

On more depressing note, Motorola PR still have no confirmed answer on whether or not the Xoom is going to head down under. Upon asking the question, I was told that the official statement is still the same.

‘While we cannot confirm specific details around pricing and availability of Xoom, we are exploring the Australian market as an opportunity for these devices’.

With the LG Optimus Pad also unconfirmed for Australia, this leaves only Samsung’s Tab 10.1 coming down under. Again Samsung will get the market to itself, not counting the countless lesser brand name tablets running around. Maybe they will change their mind and the Xoom will finally hit our shores. However if the time frame is anything like when the Milestone was released in Australia, they can forget about it.

I have been using mine for a weeks & love it. The battery life has been totally under specified. I had the tablet running at my art show playing music for 9 hours & slideshow for 6 of those hours at the same time. The Xoom still had 48% battery! I was waiting for something with the response of an iPad without being an iPad. Lets face it, flash is important, converting music in iTunes is a hassle & waste of time. There is more than enough apps nowadays so quit your crying. If it’s not in Android market, its… Read more »

They were saying similar things about the Defy coming to Australia when I asked them before it was even released. So there is a tiny glimmer of hope.

Now, they just have to start unlocking the bootloaders of all their other devices…

If Samsung has the Android tablet market to themselves I hate to think what crazy price they’ll come up with for the 10.1. Given they wanted $999 for the 7″ tab they may well want well over $1100 or $1200 for the 10.1 which will mean no-one will buy it when you can get an ipad of similar size for less than a grand.