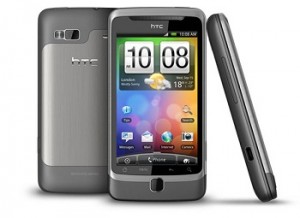 A week or so ago Vodafone told us that the Desire Z would be coming soon. Well, it seems Christmas has come early (so to speak), and the Desire Z has now been released on Vodafone.

The Desire Z will be available on a range of Vodafone Infinite and Ultimate plans with varying handset installments, though good picks seem to be the $49 cap with $5 a month repayment, or the $65 Infinite plan with no repayments.

When we reviewed the Desire Z back in November last, we really enjoyed it. It’s fast, snappy, and the physical keyboard was really cool (although it took a little while to get used to it).

There’s an intro video from Andrew at Vodafone after the break.

Hey just got the z and really disappointing, so hard to find anything with in the phone very badly organised, marketed really well until you have it for a few days you get frustrated with it.does have some cool features but i think i’m gonna try and take it back, does anyone know if yo can take a phone back if you are on a plan?

It’s silly at how they organised their phones at Crazy Johns. The Desire Z is $79 per month at the most whereas there is the Huawei X5 with the same specs for $29 per month or $300 outright. Anyone who does their research will be more inclined to go for the X5 than the Desire Z.

I’ll be surprised if Vodafone or CJ sell more than 100 Desire Z.

yeh but the Z has HTC well known support and a keyboard, still agree Voda have made a priceing booboo

$45 plan + $15 phone per month for an old underpowered phone? That’s super expensive! Does Voda really think we the consumers are dumb or something? I’d rather go for Desire HD or even HTC Legend!

not really underpowered even though its only 800MHz, it is considered faster than the original Desire, but yeh its still way to much. It should be about $40 a month.

Yep, $40 (complete) would be a better price point.

Guess what I was trying to say is that Desire HD is a more superior phone (spec wise) yet it cost less. Legend is a similar (hardware spec) phone (sans QWERT) and it costs even less.

Desire Z will be a major fail unless Voda price it (and everything else) at a reasonable price point.

yeh Hd is definitely higher specked but the Z is a step above the legend, so it should sit between the two, not where it is now.

This phone has an 800mhz second generation snapdragon processor which runs at a lower clockspeed than the first gen in the desire, but it is much faster and has a much faster gpu.

Load a ROM on it, and clock the CPU back up to where it should be, or beyond! My DHD runs at 1.8Ghz.

fingers crossed when the new SE slider comes out in April the price will come down. $54 a month is way to much for a 7 month old midrange handset.

Much agreement.
I would prefer to buy an unlocked g2 from the US outright if I really had to get a Desire Z, and then just run it on TP.

Much cheaper than vodaphone, and probably better reception too.