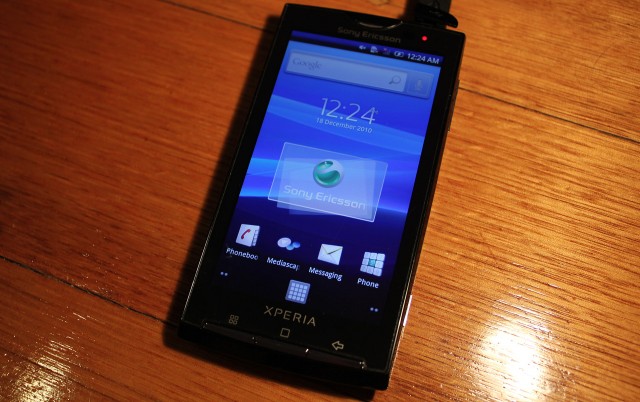 When I was first sent the link to this news, I honestly thought I was about to get Rickroll’d, but that was not the case. Sony Ericsson are actually going to update the Xperia X10 (only generic handsets currently) to Android 2.3.3 between Q2 and Q3, which isn’t bad seeing as though Sony Ericsson said it wasn’t possible to go past 2.1. SE have now said that Gingerbread was their main focus and working with other devices launching this year lead them to be able to port 2.3.3 over to the X10. They also confirmed that no more work will be done on the X10 once the 2.3.3 goes through, though we’ve heard that story before. The update will only be available through SE’s PC-based updating software as it can’t be done OTA.

Mind blown is such an appropriate tag. Quickly checked and it is NOT an April’s fools joke!

“Mediascape is being replaced by the media experience widgets and music player included in our new 2011 products.”

Just had a thought.
Maybe Sony Ericsson are trying to improve their image when it comes to updates and this was the easiest way to do it.
Be nice if other manufacturers followed suit.

Great news for X10 users, not so much for the minis or X8 users. They will probably delay the update though.

and who sent you the link?

Sony Ericsson are really making improvements….. They are going to be a forced to reckon with….. Look out HTC!!

Time to get one cheap on ebay?

probably better off with a huawei x5/6

Correct me if I’m wrong, but I havent seen Huawei release an update for any of their Android handsets. Which is a major reason I haven’t considered any of their handsets seriously up to now.

they said they will release gingerbread updates.. and considering they only released the x5 recently, they wont instantly just update.

probably have updates out faster than samsung, etc

The Huawei X5 is a fantastic phone at a ridiculously low price, only let down by its subpar camera. The Sony X10 on the other hand is apparently rocking a sweet camera.