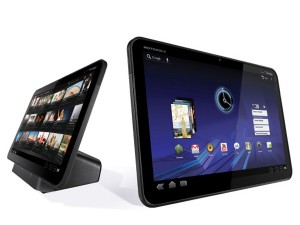 So, as announced at the Google I/O 2011 event, the Motorola Xoom was the first tablet device to receive the update the Android 3.1 Honeycomb. It’s supposedly rolling out right now in the USA, and will no doubt reach Australian shores soon for those that have either imported the device, or found one locally.

We’ve had a tip from an Ausdroid reader that the 3.1 update is not quite as expected. Marty has informed us that, having received an update to 3.1 on his Xoom imported from the US of A, he’s noticing all kinds of issues, including:

Not good news for Motorola. One can only hope that these issues are isolated, or that Motorola get onto the issue quickly to avoid a whole heap of unsatisfied customers – beyond those already dissatisfied at Motorola’s slow response about unlocked bootloaders on other devices.

Further information can be found on Motorola’s support forums here and here.

I have had no problems since I bought the wifi only model the first day it came out in the uk a couple of app crashes that was it. Until I got the 3.1 update now my wifi is playing up im plissed of an update that gives me a problem I never had before

Ive had the 3.1 update for a few days, and I find it much more stable. Had none of the issues listed above. I’m also finding the honeycomb browser is now working, I had heaps of issues with this on 3.0

hehehehe! so this post is based on the experiences of ONE guy! just one!
and here i expected to see a link to some forum thread! lol

u really didn’t have anything to post about? did u?

Simon, we had one tip, yes, but we also did a bit of investigation and found that it wasn’t just Marty experiencing weird issues with the update – the support forums are getting a few complaints about it, and from more than one place.

It definitely feels like it was rushed out a bit too quickly perhaps.

hehehehe! so this post is based on the experiences of ONE guy! just one!
and here i expected to see a link to some forum thread! lol

u really didn’t have anything to post about? did u?

My Xoom seems a bit snapier, it has been fine so far . Honeycomb 3.0 was not rock solid, it tended to crash with certain apps. The extra multitasking is nice and resizable wigits are sweet. Go Androud you good thing.
Try the fastboot app it flushes the ram quite well without a hard reboot. It is the easiest task killer to date and keeps your system running tip top.

One guy has issues? Just the one?

Nope – we received a tip from one user that there were issues, but we did check out the support forums before posting, and it looks more widespread than just the one.

Battery seems a little poor now.
And the resets are real….

Any noticable improvements with 3.1?

I’ve had the 3.1 update since Sat and no issues here.
No internet dropouts, game play is fine no reboots.