When we saw this request on Twitter from Andrew Singh, we thought “what a brilliant idea!”

You should do an article on the best way to backup your phone as its beneficial to new users who have come from other platforms!

We agreed, so here’s just such an article.

The team and I have been avid Android users for a couple of years now, and so between us, I’m sure we’ve discovered a myriad of options for backing up devices, especially those of us tinkering with custom ROMs and frequent upgrades to different builds. While many upgrades do not require a wipe of the device – and in fact, make it difficult to perform one – some upgrades can put your data at risk, especially if you’re flashing custom community ROMs where a wipe is required in order to make sure everything is in its right place after an update.

The old adage of IT remains true though – you should always keep a backup of your data, because if you lose it, you won’t be getting it back without one.

While there are undoubtedly many, many ways to back up your data, we’ve looked at a couple of the more popular options, however many backup solutions (not all, but many) do require your Android to be rooted in order to back up system data and settings. We’ll point this out as we go.

Backing up the manufacturer supported way

Having just purchased a Samsung Galaxy S 2 for Ausdroid’s head office, we installed the Kies software it came with, and this provides rudimentary backup capabilities. For example, this quick walkthrough shows you how to backup your phone book on a Galaxy S / S 2 to your PC. This is just one example.

Other manufacturers may provide other backup/sync solutions which you can use, however these methods are usually fairly basic at best – they might involve syncing music/videos, and backing up your phone book or your calendar.

Android being Android, though, there are better ways to backup your data, and we would suggest investigating these, rather than relying on a fairly simple (and dare we say, elementary) backup means such as that provided by Kies or other PC-sync solutions.

Backup to the cloud – Google sync

Android is designed by Google – duh – and it includes the ability to sync contacts, calendars, and email with the cloud. This is virtually seamless for most users – you won’t notice it’s happening, but as soon as you link a Google (or Google Apps) account to your Android, you’ll be able to access this suite of sync automatically (in fact, by default it will be turned on, and you can deactivate it through Settings if you wish.

Backing up your PIM data – contacts, calendars, etc – this way is quite easy, and provides the added bonus that you can access this data from any internet connected device simply by logging in with your Google (or Apps) credentials. Equally, any change you make in the cloud will sync back down to your device, ensuring your data remains up to date.

If you happen to lose your device, or wipe your data, restoring your data synched to Google is as simple as re-adding your credentials to your device, and your data will sync straight back down, and very quickly.

What if you want to backup more than your contacts and calendars? What about photos? Apps? Music? Read on!

Put your music and photos in the cloud as well, with Dropbox or Picasa

There are many other apps that put your data in the cloud as well – but these two are my favourites. Picasa – linked to your Google account – is an easy repository for photos, and the default Gallery application on Android will seamlessly sync your photos to Picasa via the Share menu. Again, Picasa allows you to access your photos via the web, and you can share them too, so this isn’t a bad solution.

Dropbox isn’t a backup tool per se, however you can readily use it as one. Dropbox for Android allows you to upload any kind of file to its service, such as music, photos, archives, documents – whatever you like! It isn’t automatic though – unlike its desktop based cousins – so you need to make sure that anything you want on Dropbox you manually upload/update it, or you won’t have your latest versions backed up.

A number of third party apps can integrate with Dropbox functionality to store their data in the cloud as well – a feature worth looking for in the description of a prospective app if this is something you need.

What if you want a more thorough backup solution?

If you’re looking for a more thorough, fulsome way to backup your data, chances are you are going to need (or want) to root your device first. This opens you up to another level of backup such as that provided by Titanium Backup, MyBackup Pro or (at the lowest level) ClockworkMod Recovery.

Some of these will work without root – MyBackup is a great example – but they don’t provide as comprehensive a backup. For example, MyBackup will happily backup the following items, and restore them if you lose them:

Pretty impressive, but there’s one notable exception – which is addressed if you root your phone – that is, backing up your apps’ data and settings, and even your system settings.

What does this mean? If you have a rooted device, you can not only back up your apps, but also their data. For example, if you backup Twitter and it’s data, when you restore it to a new phone or after a wipe, you won’t need to log in again – your settings are saved. Your customisations, themes, and layouts are also saved so you can start immediately where you left off.

Some of the better options for backing up with root permissions are MyBackup Root and Titanium Backup, both available for free and in paid versions on the Android Market.

Important note: While MyBackup Pro and Titanium Backup in their rooted incarnations can backup and restore system data, you should only ever do this to restore data to the same version (or, if you’re a risk taker, the a close version) of a ROM or firmware.

For example, if you’re running CyanogenMod 6, you shouldn’t take a backup of your system settings and restore them on a CyanogenMod 7 release – its likely you’ll break things. However, restoring from Cyanogenmod 7.01 to Cyanogenmod 7.02 is probably not as risky. Your mileage will almost certainly vary, so be very careful.

Want to take a complete image of your device? 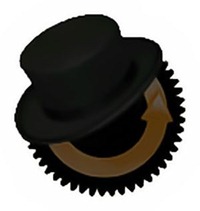 You can do that, too, and it’s a good idea to do this if you’re experimenting with custom ROMs, as it allows you to roll-back to a previous image of your device – the system, apps, data, settings – the whole shebang. If you image your device and then later re-apply that image, it will be as if your phone never changed. Think of Time Machine for the Mac, and you’re on the right path.

To achieve this, though, you need not only a rooted device, but also a custom recovery image such as ClockworkMod. We’re not going to go into too much detail – as it’s a very advanced topic – however this guide here gives a good overview of CWM’s features and how to use.

Simply put, through the backup and restore menu, you can take and restore images of your device easily – it takes about five minutes to do an image or a restore, and the process is rather foolproof (though installing a custom recovery image can be a bit tricky).

CWM (and other similar recovery images, though there aren’t many of them) is available for a number of popular Android devices, but it’s far from universal. Those with HTC devices are mostly catered for, as are owners of the Galaxy S 2 for example, but less common/less popular Android’s often do not have a custom recovery option available – especially handsets that have locked boot-loaders, in which case you’re quite out of luck.

We hope this overview guide has been helpful to you – we’ll try to do some more of these!

Awesome article guys, Android in itself should offer a backup solution for your apps & settings so it’s easier to restore your phone, it’s unfortunate that we have to rely on rooting to get such simple functionality, that’s my only downfall.

SMS Backup+ is a brilliant way of backing up all your SMS messages to your GMail where the are stored and searchable etc.

I have a DHD and I can not get my contacts to sync with Google correctly.  I have tried to get it to work a few times, with no luck.

All the contacts I originally imported will not sync, and if someone sends me a contact via bluetooth/messaging etc then that will not sync either. However when I add a new contact to the phone myself (IE actually input all the numbers in myself), that syncs fine.

Any ideas what I am doing wrong?

Not sure but a work around might be to import your contacts into Google Contacts, then sync them to your phone via Google Sync..

Note that in order to actually get Ti Backup installed don’t you have to root, and therefore lose all those settings that you’re trying to save?

Why the hell doesn’t Android have built-in backup? This is crazy!

Rooting your device won’t necessarily cause you to lose your settings. Depends on the handset.