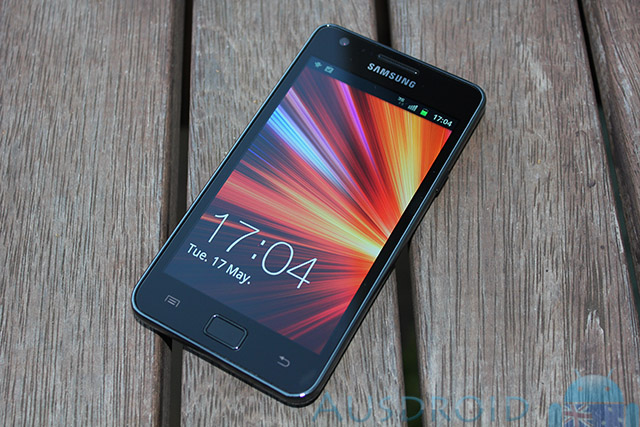 More exciting news coming out of the Telstra camp today, with Big T saying they will announce the release date and hopefully pricing this Thursday (30th). Telstra will be the last carrier to bring the Galaxy S II to market, though that won’t hold them back from saying the Galaxy S II is better on their network, because it kind of is. The 21Mbit+ capable Galaxy S II will get the most speed from Telstra’s 42Mbit network; we’ve seen real-world speeds of up to 13Mbit.

If Telstra put this device on a fairly reasonable plan, which I’m sure they will considering the HTC Sensation launch is coming up, I don’t see why this won’t be an extremely attractive device to get. Will you get this over the Sensation?

STARTED  ·  ADMINCraig Parnham (General Manager, Self Service, Telstra Digital) responded  · July 06, 2011Great news, it’s pretty clear from the comments and feedback that you’re more than eager to get your hands on the Samsung Galaxy SII, the wait is nearly over. We’re launching the SII on 26 July – you can find out all the details at http://exchange.telstra.com.au/2011/07/06/telstra-to-launch-samsung-galaxy-s-ii-on-26-july/If you’ve registered your interest online you’ll also receive these details by email. If you haven’t registered and would like to get a reminder when the Galaxy SII goes on sale, you can still register your interest here at https://www.telstra.com.au/eoi/keep-informed/We launched the feedback section of Telstra.com so you could provide your feedback and we… Read more »

too late Telstra,sorry. I bought a clean sgs2 from mobicity-arrived a couple of days ago. I love it.Just added a couple of apps from store (noled and smart shortcuts) which make up for the lack of  missed call/msg/email indication led and the woeful bookmarks shortcut/widget. Added a 16gb micro sd(not that it’s really needed-just a way of keeping my music and vids off the main memory). Brilliant! I’m still with telstra-can’t beat their 3g/nextg coverage up this way but this made more sense to me than waiting for their bloatware. Btw-they have all the settings for internet/mms etc available through… Read more »

Just buy it outright and go Telstra prepaid. It’s cheaper, no crappy contract with excess usage traps, and you can change carriers if you want to. I got SGS2 last friday, blows my mind (first time touchphone user though). Perfect screen size, light as a feather, thin as a rake, colours like a peacock. Matter of fact…I’ve got it now…

what does that cost over 2 years??

i’m ordering mine from the UK tomorrow, just on $603 from http://www.expansys.co.uk, and i’ll probably end up putting it on a Telstra Freedom Connect BYO plan, purely because there doesn’t seem to be many pre-paid caps that aren’t vodafone.

Announcing…. hurry up and launch it already. Everyone else has!

This will be the phone to have now that its on all networks.
If people can afford the Big plan prices to get a crappy 8gig iphone then these should sell like toilet paper at a chili cook off.

After reading all the comparisons I can get my hands on with the SGSII vs Sensation vs others  the SGSII is the one I’ll be getting.  I think it also lends itself to being more customisable than the HTC, Motorola etc.  I just hope that Telstra don’t give us a release date of, say, July 31st!

Yes finally I have been waiting months for Telstra to get this!  Locked bootloaders from HTC no thanks.

the only thing that would make me get the sensation over this is the knowledge that there will be unlocked bootloader allowing cyanogen mod or similar souped up vanilla android to get rid of the over glossy , gilded lily that is sense 3.0 .

It might be better on their network, but not better on my pocket. Telstra’s prices are never realistic!