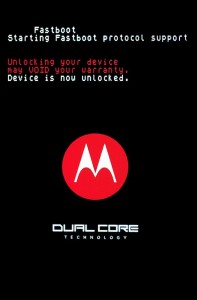 Why should the Americans (and importers) have all the fun? 3 weeks after the AT&T Atrix bootloader was unlocked via a leaked SBF, Telstra Atrix and other international versions can now share the love. Motorola had confirmed they are “firmly committed to delivering an unlockable/relockable bootloader solution” but it would appear the Android community is even more determined, and indeed impatient, delivering a bootloader unlock for all Motorola Atrix models now.

Be warned that failing to follow instructions can leave you with an expensive but useless bricked phone, and it is unlikely Motorola or Telstra will fix your mistake under warranty. But if you’re willing to take the risks you can reap the rewards of custom roms, overclocked kernels and shortly a warm serving of Gingerbread. See XDA Developers for instructions to unlock your bootloader and then flashing some Gingerbread. Dont forget to post your results in the comments.

If its the same as the desire on telstra with a hacked rom you will be able to download torrents. Telstra lock to much down

Telstra users should be aware that it looks like the bootloader unlock is reducing the amount of usable ram to around 300mb at this stage, the devs are working on a solution

link for 2.3.4 for all atrix versions below: