Home Mobiles Could the Nexus Prime be released in October? As our regular podcast listeners will note, the Ausdroid team is waiting with anxious anticipation for the next Google experience phone, better known as the Nexus series.

We’ve been seeing some rumours popping up for several weeks now. We’ve seen manufacturers such as Samsung, Motorola & LG thrown into the mix, as well as the names Nexus+ & Nexus Prime being used.

So now let’s see what sort of picture these rumours paint.

Rumour 1: Texas Instruments will be the CPU manufacturer of choice with their OMAP4 Dual-Core Processor.
We saw a while back the promo picture from Texas Instruments that eluded to a pairing of Android & OMAP4.
This could be the powerful OMAP4 4470 which has the potential stock clock speed of 1.8GHz, but will most likely end up being the smaller brother (and cheaper price tag) 4460 with a 1.5GHz stock clock speed. Rumour 2: The Nexus Prime will be made by Samsung.
Recently a Verizon insider confirmed that there has been talk in the hallways at Verizon HQ in the U.S. of the Samsung Prime coming to the carrier. This helps to bring together the rumours of the naming Nexus Prime & the manufacturer of choice being Samsung.

Rumour 3: The Nexus Prime will be at least a 4.5 inch screen with 720p resolution.
Samsung is on the precipice of releasing a Super AMOLED HD screen which will blend Samsung’s AMOLED technology with  Pentile display technology. This won’t have the same contrast and sharpness we’ve come to love with the current Super AMOLED Plus screens in the SGSII, but will still be impressive with the increased resolution. 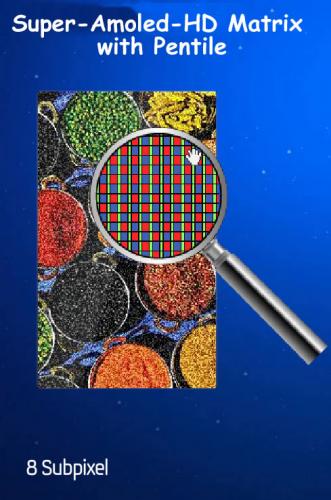 Rumour 4: The Nexus Prime/Ice Cream Sandwich could be out as soon as October.
We’ve seen it mentioned all over the place that Ice Cream Sandwich would be out in the later part of the year. There’s now more talk of it coming out a little sooner to be in stores in time to compete with iPhone 5’s release.

Conclusion:
So like all rumours, we won’t know what exactly the Nexus Prime is going to be and its actual release date, but if these specs pan out, it will be a truly tantalizing device.

It will also be interesting to see which carrier will pick it up, right now only Vodafone has stocked the Nexus Series here in Australia, but this phone could be too good for Optus & Telstra to ignore.

Telstra wont pick it up, they cant add thier software to it.

Having a phone with a pentile screen, I can say that it doesn’t bother me in the slightest.
Matter of preference I guess.

I liked the idea of the each nexus model being manufactured by a different company but if the latest rumours are true it will be Samsung again which I think is Google’s money making attempt.

I don’t hate Samsung, I know they are popular but I just wish that other Android manufacturers could have this opportunity to make a Google flagship device.

I believe Samsung was commissioned to make the Nexus S very last minute after Sony Erricson pulled out.  So it’s only fair that Samsung get a proper chance to develop a Nexus device with a full development cycle, not just a rushed couple of months.

thought next nexus will be from motorola as google has owned it. Hmm lets looks if samsung can make this much better than nexus s. need the following options
1) need a SD slot
2) 8 MP Camera
3) slimmer than SGS2
4) 1 GB ram
5) Pre Rooted 😉

They already cleared up that the manufacturer for Nexus phones are picked at the end of each year. So even if it is Motorola this time around, it’d be pure coincidence (to some degree).

Although I wouldn’t be surprised if they keep using Motorola everytime afterwards.
The good thing is that they will likely ditch motoblur or have a version that works. It let the atrix down.

Google only just purchased Motorola this week… how the hell was a new Nexus going to be designed, produced and launched by October.  The deal hasn’t even been passed yet.