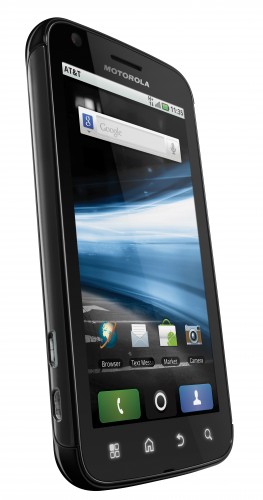 Well if you were one of the few who bought the Motorola Atrix from Telstra, you will be excited to know that Telstra’s Support Site now shows the Gingerbread update as “Currently in Telstra testing”.

We have no idea how long Telstra has had it for, but after the massive delays on the Samsung Galaxy SII, you can bet it’s been for a while.

The U.S. saw the Gingerbread update in June and Canada got it this week, so there’s no surprise that Telstra is behind the mark on this one.

If you’re one of the more Tech Savvy or want to tinker with the little gears and cogs of your phone, right now it is still unknown if this update will bring an unlocked bootloader.

So far since Motorola made their statement about unlocking bootloaders, we did see a leaked Atrix test build that was used to unlock the phone bootloader allowing the flashing of custom versions of Android on it, but this unlock code has since been removed from the Gingerbread updates that were seen with AT&T (U.S.) and Bell (Canada).

We will definitely be watching to see what goodies this update will bring come September.

I reported ages ago this is incorrect. All you have to do folks is remove your Telstra sim, reboot the phone  get Gingerbread over the air. You need to note and remove the APN settings before you reboot.
If it doesn’t show up as an update right away, go to the Android market and get a couple of free games, it triggers the OTA download, job done. I have had a dozen folks tell me this worked as it did for me. You need to reboot after removing the APN and getting the game if it doesn’t d/l right away.

I tried this… and it didnt work…. did everything u said step by step. the OTA download didnt prompt after downloading 8 free games…

I tried the same and it did not give an option to upgrade. Guess will need for Telstra to post an upgrade.