Home News and Editorial First pictures of Toshiba Excite emerging, looks like you’d expect it to 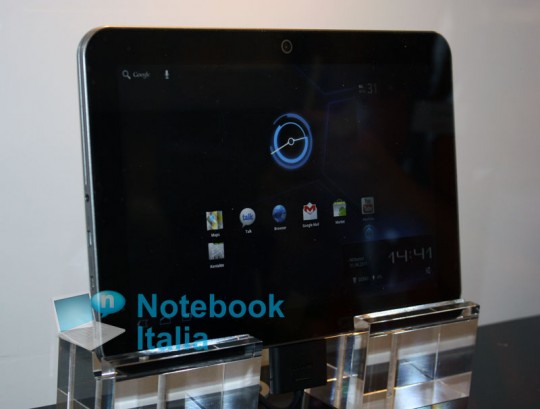 A few days ago, thanks to some keen eyed readers on Phandroid, we were able to let you know that Toshiba had filed for the trademark name “Excite”, which was rumoured to be the name of their new ultra thin, powerful and super sexy tablet.

Now there’s pictures and specs starting to emerge on the device and it appears that Toshiba have really thought through what people are using tablets for. Here are some of the rumoured specifications:

There is certain to be more news to follow on this in the not too distant future, once Toshiba make some kind of official announcement. IFA, anyone?