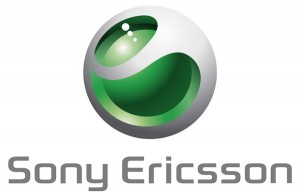 A few days ago the first information started filtering through that Sony Ericsson are rumored to be working on a new Android phone. A few names were thrown around but the one that has consistently come forward is “Nozomi” — Japanese for hope or wish, though more specifically the fastest bullet train in Japan — which is rumoured to be packing the following specs:

I think it’s fair to say that if this phone does go from rumour to reality, it’s going to be a flagship phone for Sony Ericsson, a potential competitor with the iPhone and become a prized possession for many Android Geeks, like Buzz. This might even be the Xperia Duo.

Don’t get me wrong but they seem to be 6 months too late as Samsungs got something like this (Samsung G Note, Granted its going to be huge) which should launch soon while Sony is rather late. Also the Nexus Prime will most likely have specs on par or above the Sony phone anyways and be launched well before Christmas, Sony is always playing chase with Android

Better to take a little longer and get it right than to release a half-arsed job quickly.

Those specs, in March, with the same sort of quality industrial design as the Arc and Neo, running ICS?  Golden.  If it’s running Gingerbread with a vague promise of an update some time, not so awesome.

So I guess we just have to wait and see.

I know SE did a pretty good job with the Arc and the Play but do they really have to start selling products half a year after every other manufacturer?

Sounds good, but after owning 2 sony phones before. They will launch this awesome hardware with android 2.1 with the promise of an upgrade before 2020!

definately needs to come with icecream and promise of fast upgrades
but I guess I’ll be using custom roms anyway so I shouldn’t really care..

Nice to have Good Hardware, Software is how you use it. That needs to be right first, then the Hardware to complement it.

They are always kinda slow with releasing new phones sadly, even though they are quite decent.