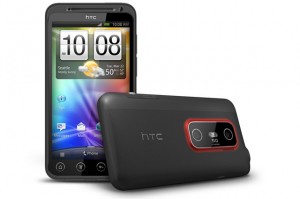 I think Crazy John’s saw that Vodafone’s pricing for the HTC EVO 3D hit the web earlier today, so they raised to bar to open preorders for HTC’s first 3D-capable device.

CJ’s site also says that stock arrives mid September, and as CJ’s sell Vodafone stock it means that Vodafone will also be receiving the EVO 3D at the exact same time — perhaps Telstra as well.