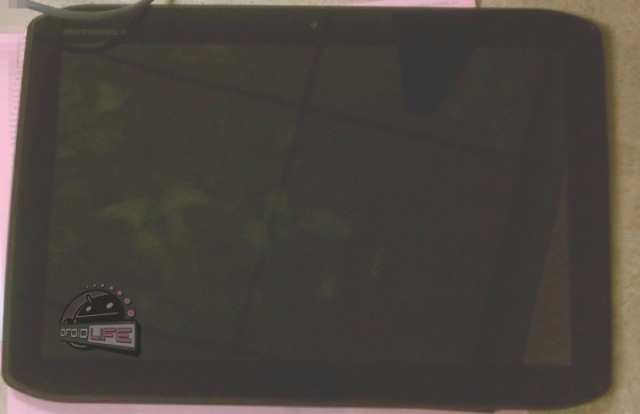 It was back at the start of June that rumours of a XOOM 2 began, when Motorola leaked out the name in a site redesign. Now Droid-Life have scored the above image from a source that claims to be the XOOM 2 that’s currently being tested at Motorola. The shape of the device is similar to that of the Droid Photon 4G that’s sold in the USA. What’s even more interesting about the design of this tablet is that it looks very similar, perhaps too similar, to the design patent that Nokia have for a tablet.

Droid-Life reports that it has a HDMI port and micro-USB port on the bottom; big flush physical buttons on the back of the device and a SIM card slot on the side — 3G and possibly LTE. The screen is 10.1-inches and features a HD shooting rear camera of 5MP or above. The weight of the XOOM 2 is said to be around the same as the original XOOM, so it’ll be quite a heavy device. No reports as to which carriers in the USA it will go to, but we did have those rumours back in June saying that the XOOM 2 would be launching here in Australia before Christmas. A photo of the rear of the device after the break.