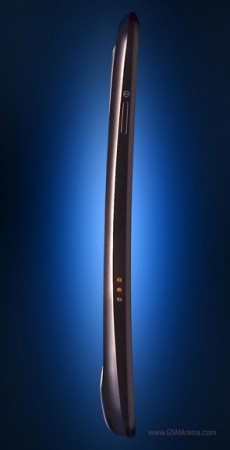 There has been an incredible amount of hype leading up to the Nexus Prime being announced. The good news is we’re less than a week away from dispelling the rumours.

But in the meantime, here is a new batch from Boy Genius Report (BGR) & GSMArena, these rumours mostly contradict each other but GSMArena’s exclusive is a lot more exciting than BGR’s.

So let’s break it down…

So although the BGR has more specs listed, they are definitely lackluster and considering how confident Samsung and Google appear to be with their teasers, I’m more inclined to agree with GSMArena’s view of the world.

It will be a crazy couple of days leading up to the October 11th announcement and I’m sure there will be further speculation and “leaks”, but we may still yet be surprised by what’s in the device and the final name Google will go with for it.

If the specs do end up being the same as GSMArena’s, who will be picking up one? Let us know in the comments.

I do believe the BGR version is what VZW will release next week called Galaxy Nexus. The second, GSM version will be the Nexus Prime and available for other carriers in Q2 2012. This explains the tech discrepancy.

I can tell you, both rumored specs are full of crap.The first one said that it uses a OMAP 4460 running at 1.2 Ghz. Well, there is no such processor. If it is 4460, it runs at 1.5Ghz. If it uses the OMAP 4430, it runs at 1.0 Ghz. Have a look at Texas Instrument’s own website, and see if you can find one of their processors running at 1.2 Ghz. There is no such a thing http://focus.ti.com/general/docs/wtbu/wtbuproductcontent.tsp?contentId=53243&navigationId=12843&templateId=6123 The second rumor is false on two counts. First it says that it uses Exynos running at 1.5 Ghz. Well, that’s the… Read more »

Just pointing out there is 2 models rumoured to be linked as Nexus Prime SCH-i515 for Verizon and GT-i9250 for the rest of us, maybe there actually is 2 different specs?? I don`t actually have anything more than this so back to waiting for Wednesday morning.

If it’s the GSM Areena specs I will definitely jump on board. The only problem with the imminent announcement, is the specs turn out o be true I’ll want it straight away, not in a months time.

Hard to imagine it being the GSMArena specs given that this is the nexus device, and that Google has stated the Ice Cream Sandwich processor of choice would be the OMAP4.

I been tracking this for a while, not sure if though i can justify getting a new phone yet. my Desire is still fully functional (except for the down volume button) with the only limiting factor is the fact that every time i want to install something I have to uninstall something else. best thing about the Desire is the availability of custom ROMs. Im reluctant to choose a phone that has lots on pre-installed crap, I guess why the Nexus Prime sounds so good. In the end it will probably depend on who gets it, how much it costs,… Read more »

LOL @BGR:disqus
i tell you if they get this one wrong as well their credibility is REALLY shot! I try to avoid their site as it worships the alter of apple a bit too much anyway… I seriously doubt Samsung/Google would take a step back with steps like these…
As for the exclusivity- Amon_RA of the recovery fame who works in the engineering/testing dept of a large european phone provider said the exclusivity is a load of crap.  May well be in the states but who cares about them  😛

If it’s the GSMArena described specs, I will be all over this. The curved profile also looks fantastic.

I’m more inclined to believe the GSMarena specs, not just because they are better and they make sense, but BGR were way off the mark with their iPhone 5 ‘leaks’ while GSMarena was close to the mark.
Still 4 days away and our excitement is peaking, i hope we’re not setting ourselves up for massive disappointment, ala the iPhone 4Snore crowd

oh god it better be the GSMarena specs.