We still have Wednesday’s Google event at All Things D in Hong Kong to get past first where hopefully we’ll see the next OS update, Ice Cream Sandwich and a Nexus Prime/Galaxy Nexus/Galaxy Prime(hmm the last one isn’t too bad), but we’re always looking to the future and this morning the Google Developer blog has released the dates for the next Google I/O Developers conference.

The event will return to the Moscone Center West in San Francisco on April 24-25 in 2012, apart from the announcement of the new Nexus phone and the next iteration of the operating System, this is where the new exciting things that Google is doing in both Android, Chrome OS and also their online services come out, things like the Google Wallet and their Google Music service were shown off at last years Google I/O, so hopefully we can see more excellent ideas like this one, including what is to be included in Jellybean. They also tend to give away lots of cutting edge tech, like the Limited edition Google I/O themed Samsung Galaxy Tab 10.1 which featured an army of Androids marching across the nicely finished metal back. 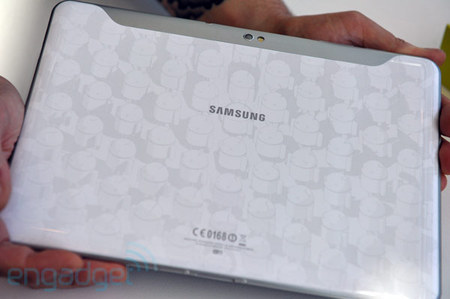 No place to register yet or get tickets, however Vic Gundotra famously tweeted last year that Google I/O 2011 sold out in 59 Mins, 2010 took 50 days to sell out, while 2009 took a huge 90 days no doubt in my mind due to the growing interest in Android. So I’m guessing my only hope of getting there is to be sponsored, Google Australia if you’re reading this I’d love to go, just a couple of plane tickets and a ticket to Google I/O are required(I’ll sleep in an alley if I have to).

Just to wet your appetite here is the Google I/O 2011 Day One Keynote :

Is Jellybean the next update after Icecream Sandwich?

Yes, supposedly Jellybean is the codename for the next Android update..

I just have no idea what they’re going to do with “k”.

At this stage that`s the rumour but really until Google come out and say it, nothing`s really official is it?