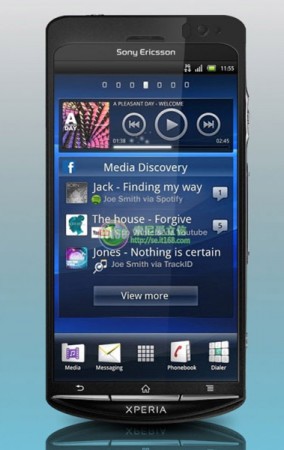 Do you remember the Xperia Duo whose press shots (above) leaked out months ago? Well apparently the device — which was given the codename Nozomi — will launch quite soon as the Xperia Arc HD according to Phandroid. The Xperia Arc HD is expected to have a dual-core CPU along with a 1280×720 HD display — at one point there was even talk of a 12MP camera.

Speaking of the camera, Phandroid is reporting that it will be able to take still photos whilst its shooting 1080p videos. Impressive. The Xperia Arc HD is expected to launch early next year in Europe — which lines up with previous rumours — so I wouldn’t be too surprised if it launched running Android 4.0 “Ice Cream Sandwich“. Sounds good to me.

That phone looks really nice – probably the best looking Android I have seen even better looking than the SGS2. I am sure it won’t let us down.

Capturing hi-res still images while shooting 1080p video is also a feature of ICS on the Galaxy Nexus, which lends credibility to the idea that Arc HD may also ship with said sandwich.

Surely this is also a hardware thing, but yes you’re right. Bring on ICS and Sony Ericsson!