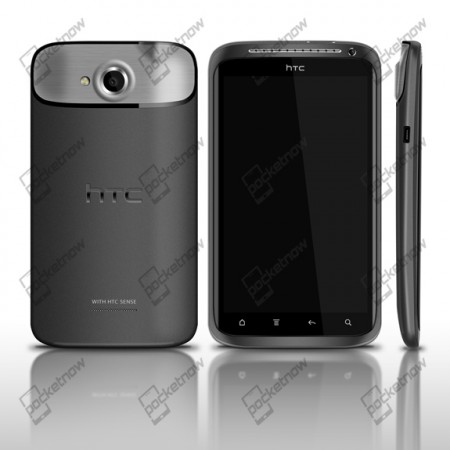 HTC has started to really bring the heat with their latest phones such as the Rezound and the Amaze that have started hitting the U.S. market, but unfortunately they’re has been no news yet on whether they will make their way to Australian carriers.

So when PocketNow got these leaked press shots and a spec rundown for the new HTC Edge Quad-core phone, we started crossing our fingers hoping that HTC would make this a global release for such a beast of a device.

HTC is also apparently working on content services to have their own stores for music, books, games and movies called HTC Listen, Read, Play and Watch. This is a fairly interesting development considering Google’s recent push in the digital content market (Books, Movies & Music), which means HTC could be competing with Amazon & Google in the digital content arena.

With specs like these and a rumoured release date of late Q1 early Q2 next year, there may be a need to pause and reflect on any planned phone purchases in the next couple of months. Why get the latest dual-core phone if you could have a quad-core super-phone?

If this is what HTC have come up with (which looks excellent), I can’t wait to see what Samsung do with the SGSIII….

Q1 Q2 if this is true then wouldn’t the sgs3 have quad core?. Its hard to believe it would be left behind for 12 months.

I doubt HTC will let go of their obession with Qualcomm, If anything it will have a Snapdragon S4

I guess that’s why god gave us Launchers…

Quad core and build quality might woe me over…

just because ics supports screen buttons doesnt mean manufacturers have to do it.

If the Quad-Core meant a better battery life than Dual-Core (in practical, everyday use), then I’d say it’d be the way to go.

At least for my use anyhow, I don’t need more power, I want a better battery life.

That phone is beautiful. I’d be more than happy to upgrade to that when my contract runs out.

But if it is a Q1 or Q2 phone, wouldn’t it not have physical buttons?