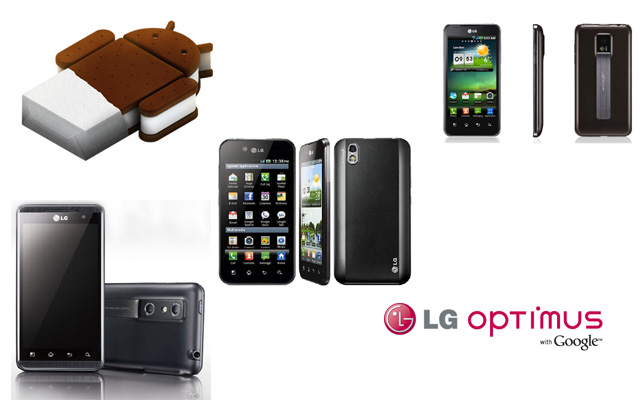 Last time we heard from LG regarding Ice Cream Sandwich on their phones it was a bit of a mixed message with them first denying that the Optimus 2X would receive the update, then coming back to advise that it would actually get it. Now it looks like LG Italy via their Facebook page have again confirmed that the 2X will receive Ice Cream Sandwich and named the Optimus 3D and Optimus Black as also in line for the update :

As stated above they`ll update in December with any additional models and the timing for the update to come out but the fact that LG are actually looking at pushing the update out to their phones is a good sign. Hopefully it`ll be a stock Ice Cream Sandwich update with no skin. We`ll keep an eye on this and advise when we receive any updates from LG.

I know a mate of mine has the LG Black but the manufacturer hasn’t updated it to Gingerbread yet! But does anyone know if that Gingerbread is a prerequisite for Icecream Sandwich?? Or they can skip it althogether providing the hardware is up for it?

if anyone is interested, there is a beta rom of ICS for the original Optimus