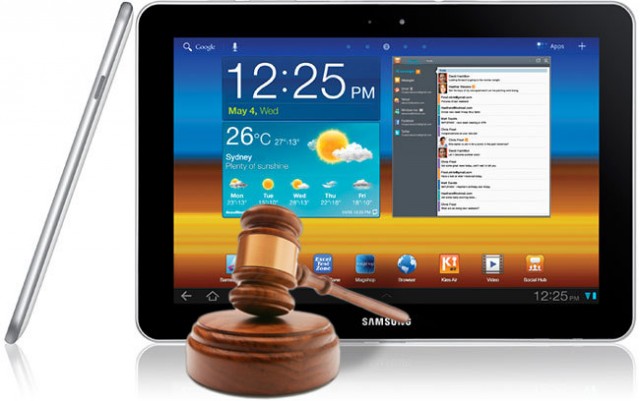 BREAKING NEWS: Apple Inc has obtained an order from the High Court of Australia staying further the order of the Full Bench of the Federal Court earlier this week lifting the injunction against Samsung’s sale of the Galaxy Tab 10.1.

What this means in plain language is this – the Federal Court lifted the injunction, but delayed the order until 4pm today. What the High Court has done is not re-instated the injunction (per se), but it has extended the delay on the order taking effect. This means, in practical effect, that the injunction continues to apply for now.

The stay of the order lifting the injunction means that Samsung’s sale of the Galaxy Tab 10.1 remains on hold until at least 9 December 2011 when the High Court will again hear the matter and determine whether Apple should be given special leave to appeal the Federal Court’s decision. Legal experts consider that it’s extremely unlikely that the High Court will entertain this appeal, as it does not raise new or novel concepts of law – the law is fairly settled in this area, and the injunction is likely to stand for much longer.

I have been holding off waiting for the galaxy tab for so long. Damn you Apple!
I may just have to get the transformer in the meantime…

if the injunction remains, shoudln’t Kogan remove them from their site again? (or else risk more threats from crapple?)

Maybe. Not sure if they’re setting up a Hong Kong based outlet like MobiCity and co. to avoid these injunctions.

yeah possibly, though they did just put them back up the announcement the other day so i tlooks like it was more about the federal court case

OH JUST FUCK RIGHT OFF YOU GREEDY PRICKS IM SICK OF THIS SHIT.

Does anyone else think that Apple’s nonsense has given the Tab 10.1 more publicity than it would have had without this litigation?

This just keeps going on and on and on… I cant say I remember there ever being this many injuntions/patent issues when the first wave of Laptops/Notebooks came out!

Come on courts, lift the injunction. There is no need for it – god almighty!

Updated the article Grant – the Federal Court’s order remains in effect – not just the lifting of the injunction, but also the delay on that order taking effect, so the High Court can consider the application for special leave to appeal.

It seems unlikely that the High Court will take on the matter.. but we shall see.

“and the injunction is likely to stand for much longer.

I knew it! You were an Apple man all along!

Kidding aside, I hope you are right.

Not exactly an injunction, just that the Order overturning the initial injunction is further Stayed until next Friday.

Which is when the High Court will hear Apple’s application on whether or not they should be granted the right to appeal Wednesday’s Order.

I just want this all to be over. ;P

Admit it, u dont want it to be all over. This is pure entertainment

Ha! It can be at times, yeah – but it’s a roller-coaster of a ride. Samsung win! No, Apple has! Wait – Samsung! Gah, nope. Apple again. omg wait – Samsung! Arg, never mind. Lawyers! 😉 But yes – as I have mentioned before; all new industries go through something similar, before an equitable balance is achieved between patents and competition. It’s better that it happens now, in the early stages of the emergence of the mainstream market, which sets out a path that is best for both industry and consumer. It might be a PITA now, but it should come to a head (and we’ll all be… Read more »

Having a dig at yourself? 😉

Ha. No – would gladly accept their pay though. 😉

Man as if i didn’t dislike Apple enough already, this on going saga just makes me feel angry, they are a bunch of wankas! excuse my french!

I wish Apple could see that some of us just don’t like their products and we’re not going to buy them no matter what. My husband might be mad about Apple, but I want the Samsung. I gave him the iPad I won a few months ago because I didn’t want it – only entered the competition to win it for him. I love my Galaxy phone & I’ve waited long enough for the 10.1 tablet. Stop the court battles that cost millions of dollars and get on with business!