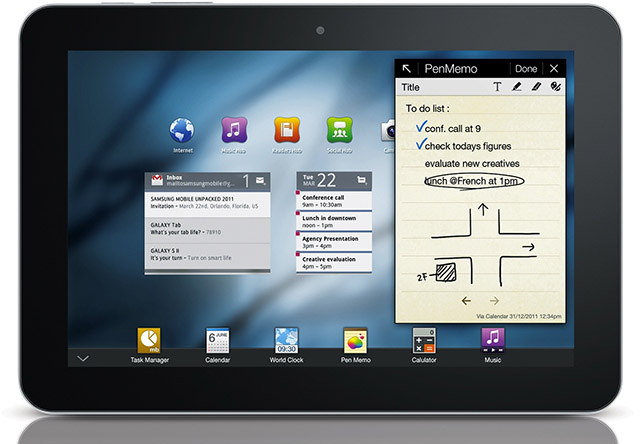 We’re hearing from a source that Telstra have internally confirmed a late February / early march release of the Samsung Galaxy Tab 8.9 LTE — the first 4G LTE tablet in Australia. Telstra have already confirmed that they’ve been working to launch one LTE tablet before the middle of the year, and I’ve been hearing this news constantly since August last year, however, this is the first time I’ve heard a launch time frame.

If the launch date is correct, we should be hearing official word from Telstra very, very soon — perhaps at Mobile World Congress, along with a few more devices. I’m sure they’ll make a big hoo-ha about it considering it’s the first 4G tablet in Australia.

ditto..the 7.7 would be a better long term platform for most. ICS update 2nd qrter this year only enhances its position.

Nice! But Samsung have left their run too late. Even the 10.1 is the same as my 12 month old Eee Pad to use…

Go the 7.7 for LTE. I got the HK 3g version. Absolutely Awesome tablet.

Samsung should be proud, but the lack of promotion from Samsung is saddening. I’d have this thing plastered everywhere.

8.9 has no sd or microSD slot, runs honeycomb, and it’s tegra 2, yuck. The only thing this tablet has going for it is LTE – same as Velocity only has that in its favour.

So apart from the fact that it has LTE, all other specs are the same as the current 8.9 tab?

As much as I love Android, I have to admit – only ICS can match the fluidity & the kind of user experience iOS has to offer.

good to see yesterdays dual core tablet being launched in today’s quad core world. And knowing Telstra, it will probably be overpriced too!