First off we’d like to thank everyone that entered. There were almost 200 entries, and you all look like very friendly and approachable people 😉 While we would have loved to have given away a few Galaxy Nexii to you, there could be only one winner. That person is Michael X. — he was chosen by Vodafone from our shortlist of 20 that we thought were hilarious and clever.

I would also like to point out that Michael made a meme-based comic along with his normal entry that I thought was hilarious and worthy of sharing with you: 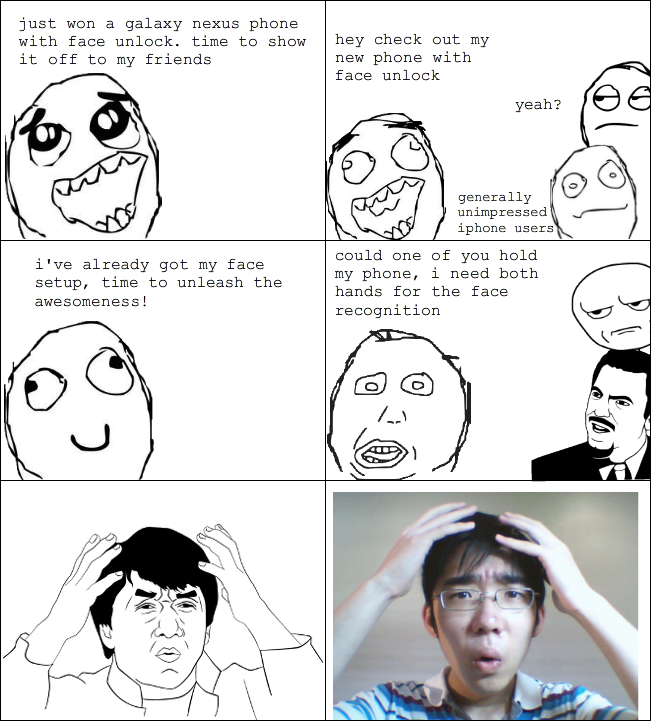 So congratulations to you, good sir, on your win. To everyone else: thanks heaps for your entries and don’t feel too down in the dumps, we have another Galaxy Nexus floating around to be given away in coming months along with a heap of accessories we have lying around. Stay tuned.

Grats on the phone.

That’s what he’s going to look like when he’ll try and use the phone on Vodafone! BAM
can we see the shortlisted entries?

Good one Michael! Enjoy your Nexus.