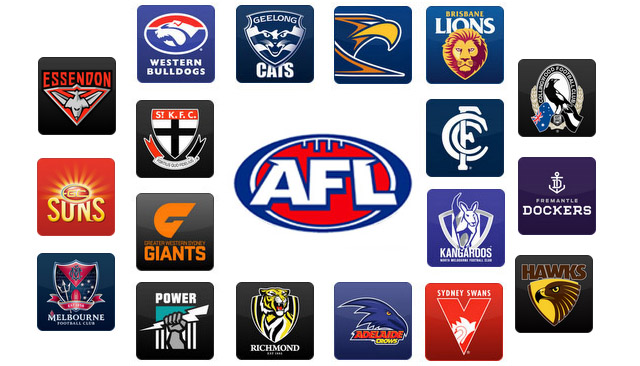 Looks like the Australian Football League organised a small gift for their fans yesterday, an individual app for each team. The app appears to be compatible with Android 1.6 and up. Each app is slightly different in features, but most seem to include Video on Demand, Live in-game score updates, links to the teams twitter feed and news from the club. I’ve linked to each team’s app in the Google Play Store :
Bulldogs
St Kilda
Giants (GWS)
Port Adelaide
Geelong
Richmond
Adelaide Crows
Sydney Swans
West Coast
Brisbane Lions
Carlton FC
NM Kangaroos
Melbourne Demons
Gold Coast Suns
Essendon FC
Collingwood
Freo Dockers
Hawthorn

Of course you can get the Official AFL App from the Play Store as well. Not going to start a code war here, we all know which code is best. I do go for Geelong, mainly to upset my Collingwood supporting Mother In-Law but that`s as far as I’m willing to go on this one, so there you are AFL Fans, have at it.

appear to be Telstra only compatible, thanks AFL

There are so many football apps in the Play Store. This makes it easy to find the official ones.

Got it. Thanks for reminder. And may this be yet another year of the cat! 😀