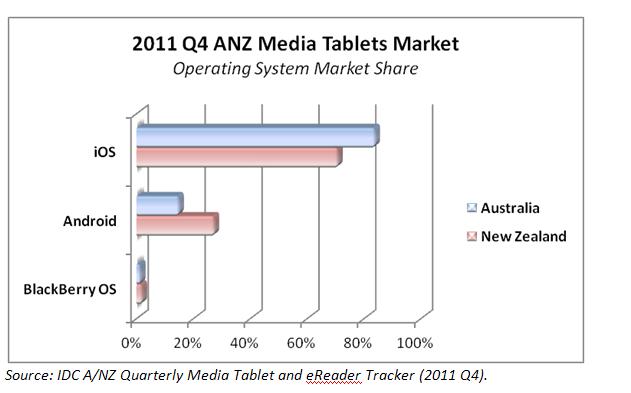 The Internation Data Corporation (IDC) have released their report on Tablets in Australia, and it’s not a pretty sight for Android. IDC states that 15% of all tablets shipped in the last quarter of 2011 were running on Android. That’s 15% of 587,000: 88,050. Acer shipped the largest quantity of Android tablets in Q4 of 2011, beating out Motorola, ASUS and Samsung, all in their respective positions. The obvious majority of tablet sales went to Apple with the iPad 2.

In regards to the Tablet market as a whole, the IDC estimates that it will grow by 50% in Australia during 2012. It also believes that Android (and other) tablets will gain the upper hand over the new iPad by including 4G LTE modems — something Apple failed to do in the iPad.