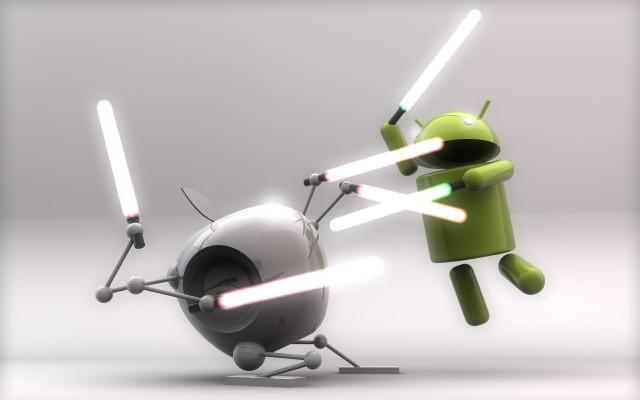 Apple have done it again!

They’ve managed to get one of their broad reaching, non-specific patents upheld in court. But this time, if the trial goes in their favour it could mean more than just the inconvenience of a minor change to unlock screens. The patent I’m specifically referring to is the touchscreen heuristics that Apple have a very broad reaching, non specific patent on.

Essentially the patent covers any on-screen gesture that is NOT a straight line. Because the patent is so broadly worded, this could be read as up/down & left/right are ok, but diagonally across the screen (still in a straight line) is infringing on their patent.

Motorola have been battling Apple in court over this for a number of months already, stating that the patent is specific to tolerance levels of 27 degrees. Judge Richard Posner has ruled in apples favour:

“I reject Motorola’s argument (this is the third time they’ve made it and the third time I reject it) that the structure must be limited to the 27-degree angle uses as an example by the specification.”

What does this mean for Android?
Long term, this could be disastrous. If upheld, Google and Motorola could be forced to either change the way that users interact with Android. Forcing it to be a less intuitive and a much less forgiving user interface. Worse still, it could result in fee’s being payable to Apple for use of their patent which would increase the cost of every Android device, making the Android option less appealing to many. Whichever way you look at it, the competitive edge that Android seems to have currently will be severely dulled if the user can’t even swipe across the screen with their finger.