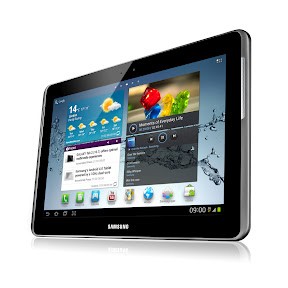 Well, Well, Well…
It looks like Samsung have learnt from the mistakes of competitors.

When the new line of tablets was announced by Samsung in February, the release sited stock availability by the end of march 2012. It appears that this is no longer the case. In a release today, Samsung have confirmed that the Galaxy Tab 2 family of tablets will be delayed until the end of April. Given the now April, they’re clearly not going to make their previous delivery date.

Samsung referenced working with Google to further develop Ice Cream Sandwich for their devices. This was all the information that Samsung were prepared to release regarding the delay in distributing the tablets.

Perhaps they’ve learnt from the mistakes of other manufacturers who released new tablets with Honeycomb and subsequently suffered lack lustre sales as a result? So rather than suffer the same fate they’ve held back the release of their new tablets to ensure they’re different. I personally have suspicions that it’s Touchwiz they’re having problems with on ICS, but time will tell.

Even though it may launch with ICS it still doesn’t counterbalance the fact that its specs are average and don’t compete with other similar tabs.

No clue how Samsung makes such epic phones but such fail tabs.