Home News and Editorial Samsung may have postponed production of the Galaxy Tab 2 10.1 to... 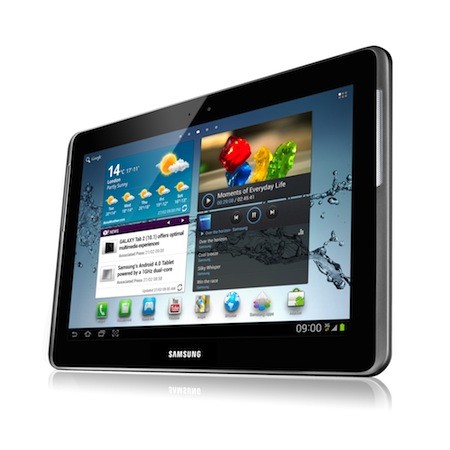 Samsung may have finally realised their new Galaxy Tab 2 10.1 cannot compete with the new iPad in its current form, so rumour is they’ve stopped production of the currently unreleased tablet to fit it with a new Quad-Core CPU, instead of a Dual-Core one. This will give them a one-up on the new iPad, at least in terms of marketing: “quad” sounds better than “dual”. The Exynos 4412 would seem like the logical choice for Samsung to implement — it’s Quad-Core at 1.5GHz.

I’d buy a tablet, but none of the manufacturers want to release a decent one, with pathetic hardware upgrades for top dollar profit margins… Makes me sad people are stupid enough to buy it. It’s like saying ” it’s ok we don’t care it’s a rip off I’ll buy it anyways, please please release another tablet 6 months later with .1 – .5 ghz faster and the same memory, I’ll pay top dollar cause it’s new and cool….”

Wow sounds like 10.1 and 10.1v all over again…then itll get and injunction from apple cost they invented quad core in a tablet…even if its a CPU and not gpu, they got a patent for that too!
..

Agreed. If they want to make the specs more competitive then it needs to at least match the specs of the transformer infinity – 1080p minimum. And super-amoled would be nice as well. If they used the same amoled technology from the 7.7, but in a 10 inch panel size, that would be worth buying.

Samsung could easily install the ‘retina display’c considering Samsung are the company that makes it for Apple. The fact of the matter is that Samsungs AMOLED screens look much better than the high resolution retina screen.

This is fairly evident by a few videos floating around of people asking randoms on the street which is the new iPad compared to the iPad 2, surprise surprise, the majority thought the iPad 2 had a better screen even though it had a lower resolution.

They didn’t ask them to zoom in and look at an individual letter and ask which has a higher resolution. They asked which had a better screen.

I doubt that Samsung can install the “retina” display as Apple would have got them to sign a contract prevent them from installing it onto their products.

Also with the 11.6 tablet, I always thought it was only going to be for a future Window 8 tablet not Android??

We had the rumours of the Samsung 11.6 back at the start of the year, when the Tab 10.1 2 was announced, that had a monster resolution at 2560 x 1600, even with the larger screen the pixel density is the same as the new iPad.
So its in the works, they just need to make it happen