NFC or Near Field Communication is something that first appeared on the Android landscape with the Nexus S back in November 2010 when the handset was launched and then was continued in the Nexus line up with the Galaxy Nexus. NFC capable phones like the HTC One X and the Xperia S have recently launched and there are several more slated for release this year including the LG Optimus Vu, 3D Max, 4X HD and L5 & L7, the Sony Xperia P, Ion and Sola, the Samsung Galaxy Ace 2, Mini 2 and S Advance and most likely the Galaxy S III as well and since there is no sign of Google Wallet in Australia yet, NFC has shown very little use, except for automating functions in your life by programming NFC tags, this post will hopefully show you a little bit about how to go about doing that.

So for those of you who aren`t familiar, What is NFC? NFC is a radio based technology which allows for devices to enact transactions, data exchange, and simplified setup of hardware functions on your phone. This includes things like enabling Wifi or Bluetooth on your phone, sharing URLs or contact information or even paying for things such as shown with Google Wallet or the Visa Paywave or Mastercard PayPass contactless payment systems.

I’m a huge fan of NFC and what I can see it can do for us, to get myself started I purchased a trial pack of tags from the UK but found that they did not have enough memory, I could typically store 1 function on the tag and that was it. Thanks to Scott who you know from our Podcast he organised a purchase of tags from Chipwave, we grabbed some Ultralight-C and Mifare 1K NFC tags. The 2 tags we got now allow for a number of functions to be added to each NFC Tag. The tags we got from Chipwave were circular but they are sometimes square, there is no difference between them apart from the shape.

When purchasing tags it’s important to be aware of an issue that is affecting early versions of Ice Cream Sandwich on the Galaxy Nexus, anything below 4.0.3 seems to be affected and if your version of Ice Cream Sandwich is below this you can either, update your Nexus to the 4.0.4 factory image from the Google Code Repository, you can request that your NFC tag supplier pre-format your tags to NDEF or you can run a custom ROM based on 4.0.3 and above such as AOKP. Chipwave have advised that they are happy to pre-format your NFC Tags so just let them know when ordering. 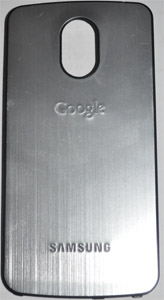 As a special deal to Ausdroid readers, Chipwave has kindly offered a 10% discount on orders if you use the code ‘ausdroid’. Remember if you are worried about your tags not working due to the NDEF issue, you can ask them to pre-format them.

In terms of software there are a number of different applications available in the Google Play Store, of the three I’ve demonstrated below, I prefer to use the first NFC Task Launcher because of the ability to add multiple functions to each tag, I’ve provided a video walk through of each app to show you a bit of an introduction to each.

NFC Task Launcher
You can grab the NFC Task Launcher app from the Play Store for $1.85, the flip side is, in order for people to execute the tags created with the full version they`ll need to grab NFC Task Launcher which is free. Of the three applications i’ve looked at this one has been the most comprehensive offering the ability to combine multiple actions into one tag. The dev for this app is quite responsive, I have spoken with him a couple of times via email. The interface has only recently been overhauled to it’s current look which I feel is a little easier to navigate.

NFC Quick Actions
NFC Quick Actions is available form the Google Play Store as well for free and if you like it there is an option to purchase a Donate version. This app is quite a good looking app but has the drawback that I could find no way to add more than one action to an NFC Tag.

NFC Tag Writer by NXP
NFC Tag Writer by NXP is again available from the Google Play Store and has a companion app which is essentially an NFC Reader NFC Tag Info by NXP, it allows you to read NFC Tags and write to them but only on a fairly basic level when compared to NFC Task Launcher and NFC Quick Actions

Scott has utilised one of the options in NFC Task Launcher and paired it with the Tasker app from the Google Play Store for $5.99, this enables him to setup all his actions in Tasker and then simply have NFC Task Launcher program the NFC Tag to launch that action in Tasker.

Scott :
I have several tags setup around the place. Each tag has 2 profiles on it. So the first tap on the tag sets the first profile and the next time i tap on the tag the second profile is set. eg. i have one that I tap when I get home that starts a tasker task which: lowers notifcation, system, media and ringer volumes (all independently and all to different levels), turns wifi on which automatically connects to my wifi, turns BT off (not a toggle but off) in case I forgot to turn it off and data on in case it was off, and then I have it say “welcome home” (just so I know which profile I have started.

The other profile on that tag is one I call “Not Home” which basically turns all volumes up, data on, wifi off, BT off and then says “Not home”.

I have another tag in the car which the first profile changes volumes down a bit but turns BT on and connects it to my car stereo and opens Google music and says “In the car”, the second profile on this tag is the “Not home” profile from previously.

Other things you can have it do is run apps- eg. I have one next to my kitchen light switch for when I go to bed – turns WIFI off, BT off, data off, all volumes down to nearly zero but keeps ringer volume at a hearable level in case work calls, it also turns my LED flashlight on using TeslaLED, and then opens the alarm app to remind me to set the alarm for what time I want.

Tapit
Whilst researching NFC Tags, I spoke with Tapit who kindly supplied some of their tags as well as allowed us access to their configuration system. What we found was that from a commercial point of view their setup is fantastic, whereas tags created with NFC Task Launcher requires an app to read and execute the command the NFC Tags they utilise are pre-programmed to access their database and execute the command stored on the server.

They are a fantastic option for businesses, they allow a lot more functionality and allow for people to have NFC functions without doing the above, it also allows for analytics so you can keep track of the location of the tag, how many times it has been used and also change the function of the tag without having to have physical access to the tag. You can check out their shop which currently has a $15 a month option to allow users to tap an NFC Tag and follow you on Twitter or do a Facebook check-in with one tap. They look to be adding more plans with different options in the future.

So hopefully this information has shown some of the things you can do with NFC and also cleared up a few questions on it. Scott and I are both on Twitter (I am @Phroghollow and Scott is @Montalbert)and willing to answer questions on how to use or program NFC tags. Feel free to hit us up in the comments as well and we will try to keep an eye on the post to help out where we can.

for cheap tags and a cloud-based system you can try http://swipemobile.com.au

well i was keen to try this out sent of request for a quote to get a some tags send to me and have heard nothing back in well over a week, resent my request just in case, still nothing, sorry chipwave customers lost

With Wallet not being available in Australia I wonder if cutting out the chip from a PayWave card and placing it under the cover of a Galaxy nexus would work for PayWave transactions.

How close around the card chip would I be able to trim?

Great write up, thanks Daniel! Ironically, I was looking at NFC Task Launcher and for a NFC sticker provider last week – so this post certainly removes some of the investigation I needed to do. In my own personal case, Tasker has done a pretty good job at automating my use of wifi and GPS, and sets various alert/sound profiles for home/work/outdoors based off wifi near, and time of day. I’m in the process of adding a BlueTooth module to my car stereo, and NFC looked the best candidate to enable BlueTooth on my phone and launch my Tasker car… Read more »

The nxp app has three modes, accessible via settings. In professional mode one can write an arbitrary uri, the only app I know of that can.

and now with google selling the Gnexus for $399 on the play store everyone can have one.
http://googlemobile.blogspot.com.au/2012/04/galaxy-nexus-now-on-sale-in-google-play.html

So basically they allow people to be more lazy and reliant on technology… Ummm yeah I’m going to pass..

More just a quick way to perform functions that you do day to day.

All the mentioned programs that u configured can currently be done automatically by tasker App
https://play.google.com/store/apps/details?id=net.dinglisch.android.taskerm&hl=en
so whats big deal abt NFC without payments system enable….

To each their own, I prefer the NFC Tag approach but it’s up to you. Another utilisation is having a tag for visitors to your house to scan which would contain your WiFi SSID and password so they can connect to your network.

I disagree.  Tasker is great, and I use it extensively – but the problem is its profiles are dictated by an event or a state.  The car profile is a great example – no one wants to leave BlueTooth on all the time, but the time of day you get in the car is unpredictable and and you can’t rely on a location based trigger.

There is a lot that overlaps between NFC triggers and Tasker, but in my oppinion NFC is handy for those situations that Tasker doesn’t quite cover.

agree….but i’m only suggesting for people use dont have NFC option like me 🙂

Great story on using NFC, I’m keen to try it out.