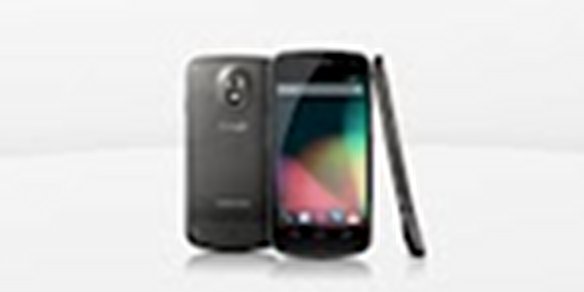 Google itself has outed the existence of a 4.1 version of Android named Jellybean via their own Devices section of the Google Play store. They are offering the HSPA+ Galaxy Nexus for $399 as they have been for a while and in the description as you can see from the screenshot, the description states “soon the first phone with Android 4.1 Jell…” This raises 4 questions for me:

I’ll certainly be keeping an eye on the Google Developers page which hosts the stock factory image AOSP builds for Nexus devices. Droid Life also managed to get a low res screenshot of the device which could be running the updated OS as it seems similar to the screenshot from the IO app the other day.

If we only got about 6% to 10% of Androids using ICS how can we move foward to Jelly bean? past few years of Android OS customers are realising that this thing that we call Fragmentation is really getting in the nerves. You buy a handset today and tomorrow there’s a system update that get you excited and then you find out that you won’t be lucky enough to get it. So your brand new handset sounds like a falling a part old one. How long do they think we gonna be shopping mobiles in this frenetic pace? Hello google… Read more »

I have read in a few places that Google is planning to take control of system updates before version 5.

They need to do it. Relying on phone manufacturers and service providers to worry about compatibility testing on a device they no longer sell is pretty silly.

My maguro is a yakjuwx.

Check out xda. You can still manually update to 4.0.4

That iss why i deciided to get the Gnexus because of the update. Sorry for the s2 s3 user.. catch-up on us after 6 months 🙂

and this is why Nexus > all

You know this drive to have the latest OS is really stupid. I want two things. 1. the option to have the stock standard interface, no touchwiz etc or if I want to have it. 2. A stable OS that is released by the manufacturer that works with all features. I have ICS on mg GS2 and it is utter trash. The loss of contacts in the dialer annoys me greatly, the fact that it just stops and crashes with no warning is making me angry. The GB OS it shipped with was far more reliable and nearly identical in… Read more »

Then root and re-rom. Go back to AOSP or OAKP and your problems will go away. BTW the Facebook sync issue is not Google’s fault, blame FB.

That’s samsumgs fault. ICS is flawless on a gnex

Yeah I’ve learnt the same lessons from my sgs1. Samsung make great hardware and horrible software, have you tried kies? Worst software I’ve ever used. I may be on my own with this one but I just don’t trust 3rd party roms, who knows what’s on there. Is it really too much to ask for a stable build, with the basic features from samsung? I’m so disappointed with my android experience that I’m switching back to iphone, ios6 has fixed most of the things I didn’t like, it’s going to have better permission controls than android, and turn by turn… Read more »

Galaxy nexus. FYeah. Yakju baby. And this is why you forgo the gs3 and one x