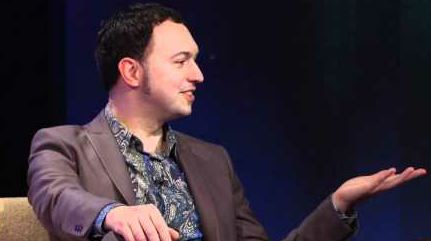 Now this one is a bit of a surprise. In an interview Matias Duarte – Google’s Director of Android User Experience has recently done with ABC News in America he’s stated

If RIM wanted to work on Android devices, I would really welcome that. They clearly make great physical keyboards.

Which would please many people no doubt, the question is: Will RIM last long enough to even consider going to the negotiation table with Google given their announcement of 5000 jobs to be cut following a disastrous financial year. Adding to this, The Verge have reported that the RIM CEO has rejected any notion of Blackberry becoming an OEM for the Android platform.

As many people have sited around the blogosphere recently, there’s certainly a place but a distinct lack of Android devices with a physical Keyboard. While there are devices such as the HTC Cha Cha, we can’t really put that in the same arena with the likes of the Galaxy Nexus, Galaxy SIII and HTC One X(L) can we?

Unfortunately, despite the public statement from Matias as a leader in the Google team I don’t think it’s ever going to happen…
Unless something very special happens when they eventually release Blackberry 10 in Q1 2013, RIM are likely to become another page in the technology history books.

I would love this. BB trackpads are the best thing ever for one-handed phone use, and their keyboards are bad ass as well.

An interesting idea. Of course, Blackberry can go down the route that Amazon took by using a Android kernel and customised it to their liking.

And nobody would care. The only reason Kindle Fire got a lot of hype was because of the price and because everyone not in Apple’s camp wanted someone to take on Apple. It had less to do with the fact that it forked Android. If anything that is going to be a hindrance, especially now that Google released a similar priced tablet with the “full Android”.